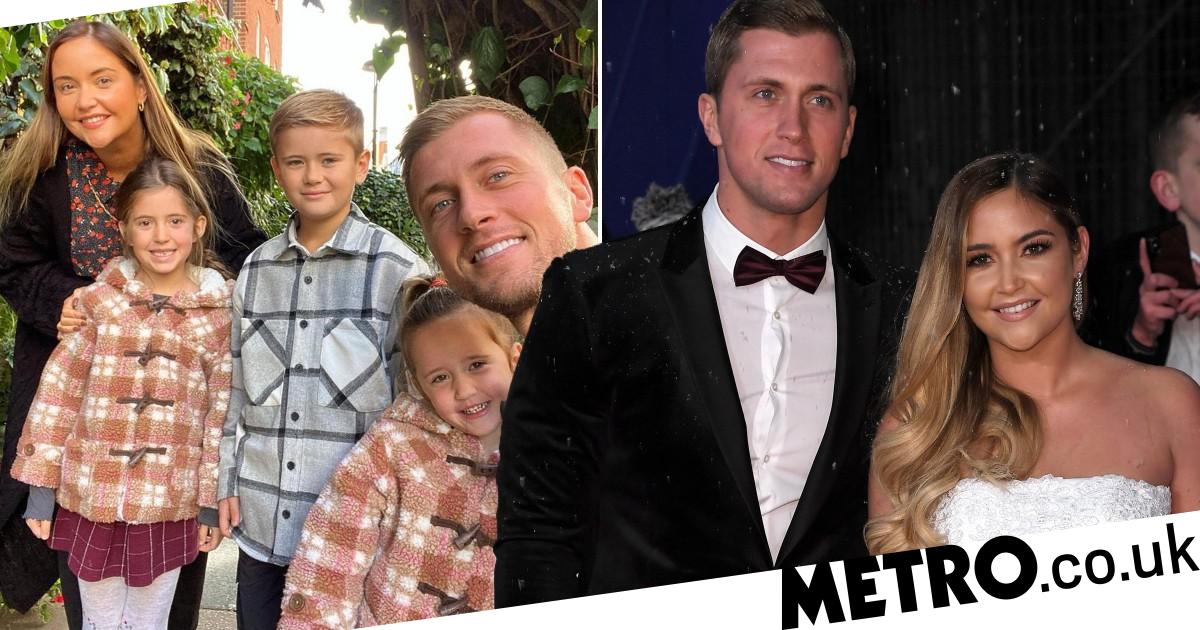 Former EastEnders star Jacqueline Jossa is celebrating her 29th birthday and she’s been inundated with messages from her 3.2million followers.

However, one birthday wish will surely mean more than others, as husband Dan Osborne took to Instagram to gush over his wife on her special day.

The ex-Towie star, 30, shares children Ella, six, and Mia, three, with the I’m A Celebrity winner.

Dan also has a son from a previous relationship and married Jacqueline in 2015.

Taking to Instagram, former Celebrity Big Brother housemate Dan professed his love for the In The Style ambassador.

Alongside an adorable family selfie, he wrote: ‘A huge happy birthday to my wife @jacjossa from me & these incredible munchkins. We love you! hope you had a lovely day.’

The clan looked fully kitted-out for autumn, as the three kids matched in plaid jackets and Jacqueline wrapped up in a cosy black coat.

Feeling the love on her big day, the actor commented on her husband’s post, replying: ‘Love you all so much, yous have spoilt me!! My little munchkins. Love you baby xxxxx’.

Dan’s sweet post comes after Jacqueline revealed he once threw ‘freezing cold water’ over here during an argument.

The ups and downs of the fiery couple’s relationship are well documented, with reports just last year suggesting Jacqueline moved out of their family home after lockdown ‘magnified’ issues in their marriage.

They patched things up and now attend couple’s therapy – but they still have lovers’ tiffs like any other married couple.

Jacqueline told Vicky Pattison on her podcast The Secret To that she ‘loves arguing sometimes,’ perhaps because she’s not being the feisty drama queen we knew on EastEnders.

However, husband Dan isn’t one for shouting, she confessed.

‘The other day he chucked water on me, that’s how he argues.

‘I was fuming at him and then he threw freezing cold water all over me straight after I showered!

‘And that’s how we argue now, we haven’t got the energy to have the big blow-up arguments anymore!’

Jac also revealed she once blocked her husband on Instagram after a row, making them unfollow each other.

She joked about her immaturity hitting the headlines when, in reality, the pair were actually sitting eating pizza together.

She admitted the squabble was over something petty, and all is fine in the Osborne household now.