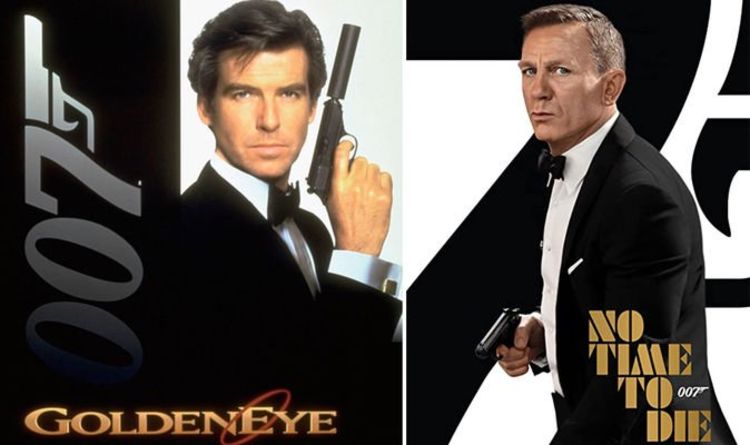 Hollywood blockbusters seem to be getting longer and longer. Avengers Endgame was over three hours long and now other franchises are following suit. James Bond movies used to be around the two-hour mark, but are now creeping closer and closer to 180 mins as Craig’s outings have become lengthener film to film.

Craig’s fifth and final Bond movie No Time To Die stands at an epic two hours and 43 minutes long.

The Boris Grishenko actor was asked by Vulture how he feels about the franchise 25 years on.

The 56-year-old said: “I mean, I’m a little put off by how long this new one is, to be honest. Is it two and three-quarter hours?”

“But I thought Casino Royale was absolutely brilliant. I thought — what’s the one where Judi dies?

“I think it’s got less campy and more sincere. But I will go and see No Time to Die. Two hours and three-quarters is just too long!”

The GoldenEye star said: “Oh, totally. Absolutely. People have said this to me, that next time I see Barbara Broccoli or somebody, I should say, “Maybe Boris isn’t dead?’

“‘Maybe he just … unfroze? Maybe the liquid, whatever it was, computer coolant, didn’t actually kill him?’ I don’t know, I think it’d be hilarious to bring him back as a Russian baddie.”

Fans will remember Boris survives the carnage of GoldenEye’s third act and shouts his catchphrase, “I am invincible!”, before being frozen to death by an exploding canister of liquid nitrogen.

Cummings said he shot the scene right near the end of filming on GoldenEye in case he actually perished in real life.

He said: “They do! All the big stunts in a film, they usually do them towards the end so that if we get injured or die, they can still finish the film.”

On filming the stunt, the actor remembered a large rubber belt holding him in place with buckets of dry ice falling on his head, but some of them were still solid and burning his scalp.

He added: “I’m screaming — “Aaaah!” — and these firemen came on and started hosing my head. So I was covered in dry ice, being doused with water by these burly firemen, it was a nightmare.”