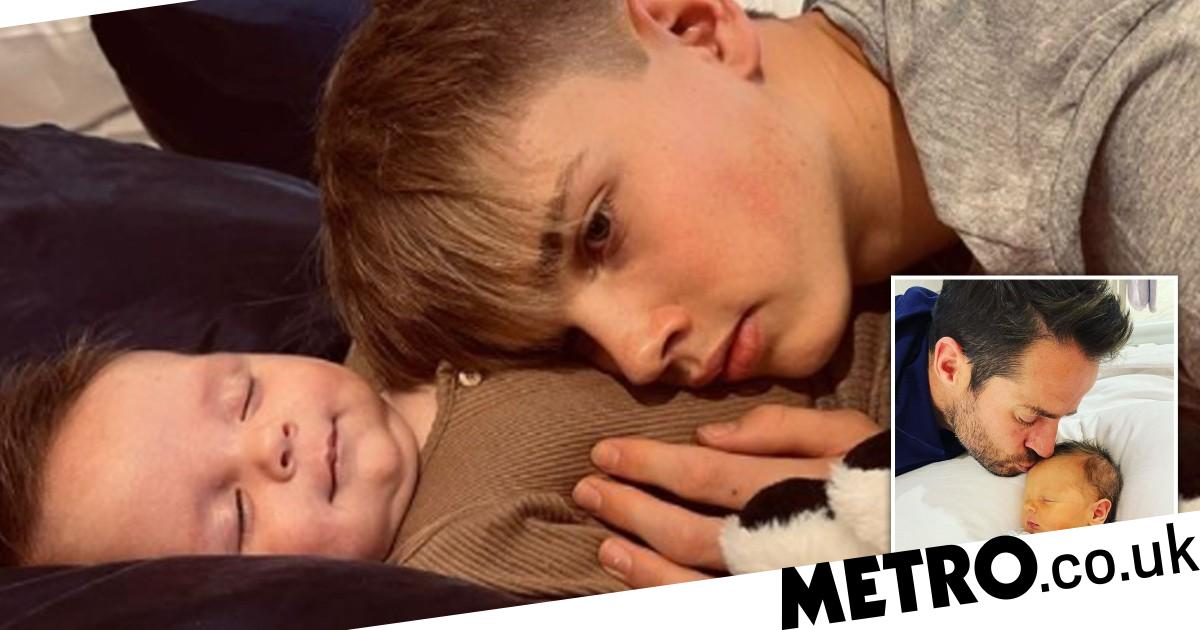 Frida Redknapp has shared a sweet photo of one of her older sons bonding with baby Raphael, who she shares with Jamie Redknapp.

The model, 38, took to her Instagram story to share a rare snap, believed to be of one of her older boys, tenderly laying his head on Raphael’s tummy.

Raphael seems very contented with the attention as he snoozes peacefully with a grin on his face in the photo which she captioned ‘Brothers’.

The baby, who was born at the end of 2021, is Frida’s fifth child and Jamie’s third, with the former footballer, 48, sharing sons Charley, 17, and Beau, 13, with ex-wife Louise Redknapp.

Frida also has three boys and a girl with her ex-husband Jonathan Lourie, but has never before shared their names and rarely their faces on social media.

She had also posted rare photos of her daughter celebrate her 16th birthday on December 30, sharing a collage in honour of the occasion.

The couple had announced the birth of Raphael in November, with Jamie writing: ‘Meet Raphael Anders Redknapp we’re so in love, mum is doing so well too…

‘We can’t thank the amazing doctors and nurses at the Chelsea and Westminster enough. So excited for him to meet my boys.’

The couple’s pregnancy had been revealed in May, with a source telling The Sun at the time: ‘Jamie and Frida are absolutely delighted.

‘They’ve been virtually inseparable in lockdown, and their relationship has gone from strength to strength.’

The couple married in an intimate ceremony in October 2021 in front of around 30 family and friends, a month before Raphael was due to be born, with Jamie’s two older sons, Charley and Beau, acting as his best men on the day.


MORE : Harry Redknapp is buzzing to be a great-grandfather for first time as he shows off baby Hendrix