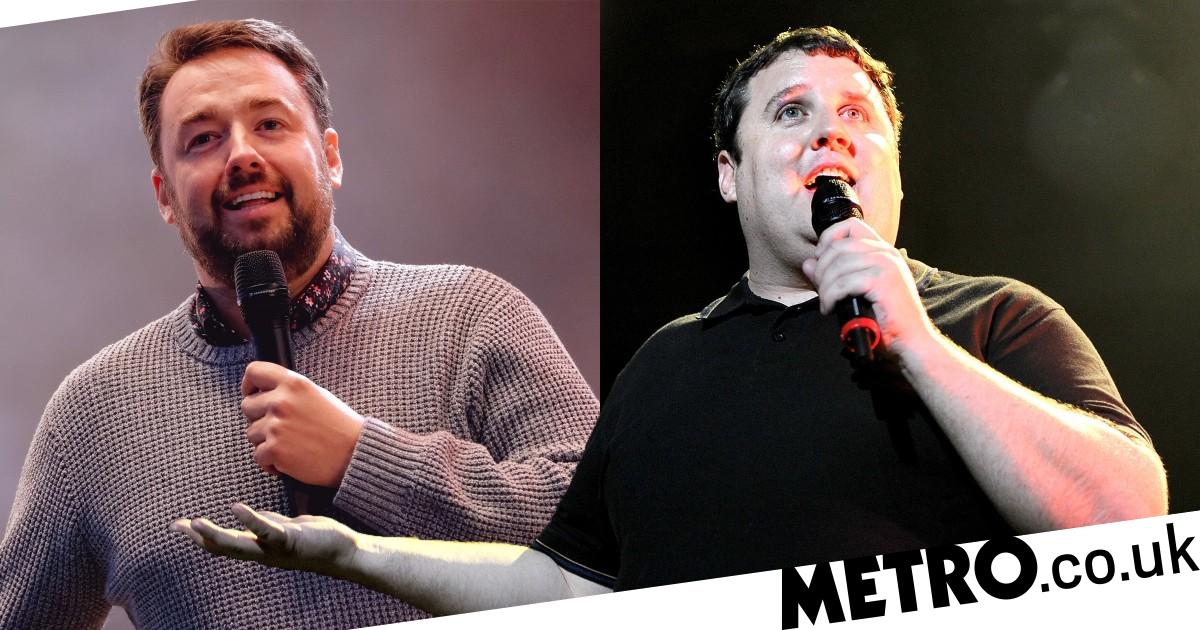 Jason Manford has steered that Peter Kay might be able to do stand-up once more, and {that a} tour might be on the playing cards quickly.

The comedians have been shut pals for greater than twenty years after initially assembly at comedy venue The Buzz Club in Chorlton, Manchester.

During an look on a radio present, Jason informed listeners to ‘keep an eye out’ for information on Peter’s tour.

‘He’s nice, Pete,’ Jason mentioned. ‘We’ve recognized one another a very long time, it should be 25 years. It’s been a hell of a journey. He’s simply an absolute legend isn’t he?’

Continuing to Dublin radio station FM104’s Strawberry Alarm Clock present, he mentioned: ‘What a treasure. Hopefully back himself soon, doing stand-up, so keep your eye out for his tour. Not that he needs you to buy a ticket as much as I do.’

The legendary comic lately returned to the stage for his first tour in 11 years together with his Dance For Life exhibits, that are elevating cash for Cancer Research.

He delighted the gang with hilarious jokes about dancing at weddings as he carried out on the Manchester Central Convention Complex final month.

Peter was set to tour in 2018 however had cancel his sold-out dates for his Live Arena Tour present resulting from ‘unforeseen family circumstances’.

In an announcement launched on Facebook on the time, Peter had mentioned: ‘Due to unexpected household circumstances, I deeply remorse that I’m having to cancel all of my upcoming work tasks.

‘My apologies. I’m certain you’ll perceive that my household should all the time come first.’

The 48-year-old star, who additionally popped up throughout BBC’s Big Night In in the course of the Covid-19 pandemic, appeared at a charity gig at Manchester’s O2 Apollo in August final 12 months and followers had been thrilled to see him, giving him a standing ovation.

‘I’ve by no means in my life had a standing ovation after I got here on,’ he informed the gang on the time, heartened by the response.

Metro.co.uk has contacted Peter and Jason’s reps for remark.

If you’ve acquired a celeb story, video or photos get in contact with the Metro.co.uk leisure crew by emailing us celebtips@metro.co.uk, calling 020 3615 2145 or by visiting our Submit Stuff web page – we’d love to listen to from you.


MORE : Jason Manford hits out at BBC’s ‘wrong decision’ to axe sitcom Scarborough after one collection however hints it may return