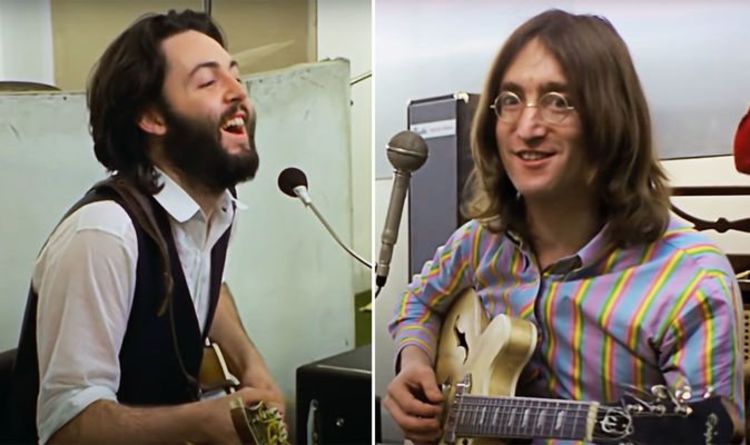 When Michael Lindsay-Hogg’s Let It Be movie released in 1970, the documentary charting The Beatles’ Let It Be sessions was very much seen in light of the band’s break-up. Much ink has been spilt over the last half-century concerning what really happened and who was to blame. But with the release of Peter Jackson’s revisionist miniseries The Beatles: Get Back later this month, Paul McCartney believes he now has the proof to change his mind on what he thought was a particularly gloomy chapter of his life.

The upcoming six-hour Disney+ three-parter includes tons of unseen footage and unheard audio of The Beatles working together in January 1969 on their final album.

Having watched it, McCartney enthused to The Sunday Times: “I’ll tell you what is really fabulous about it, it shows the four of us having a ball.

“It was so reaffirming for me. That was one of the important things about The Beatles, we could make each other laugh.

“John and I are in this footage doing Two of Us and, for some reason, we’ve decided to do it like ventriloquists. It’s hilarious. It just proves to me that my main memory of the Beatles was the joy and the skill.”

READ MORE: Queen’s John Deacon: The beautiful song he wrote for his wife

Asked if that was instead of the fallings out being the main memory of his time in the Fab Four, McCartney offered a resounding: “Really yes.

“And there is proof in the footage. Because I definitely bought into the dark side of The Beatles breaking up and thought, ‘God, I’m to blame.’

“It’s easy, when the climate is going that way, to think that. But at the back of my mind there was this idea that it wasn’t like that. I just needed to see proof.”

Fans will know that just before his murder in 1980, Lennon made up with Macca. But had he lived would the pair have revisited what is the most successful songwriting partnership in music history?

Interestingly, Jackson points out from the footage that the Fab Four didn’t necessarily want to break up.

The director said: “They discuss solo careers as a parallel to The Beatles. It was definitely a possible way forward.”

As for who was to blame for the split, the Lord of the Rings filmmaker doesn’t think that can be placed on Lennon’s wife, saying: “Yoko didn’t break them up. There’s no doubt her presence in the studio is weird, but she does not interfere. She is very respectful sitting there writing or reading.”