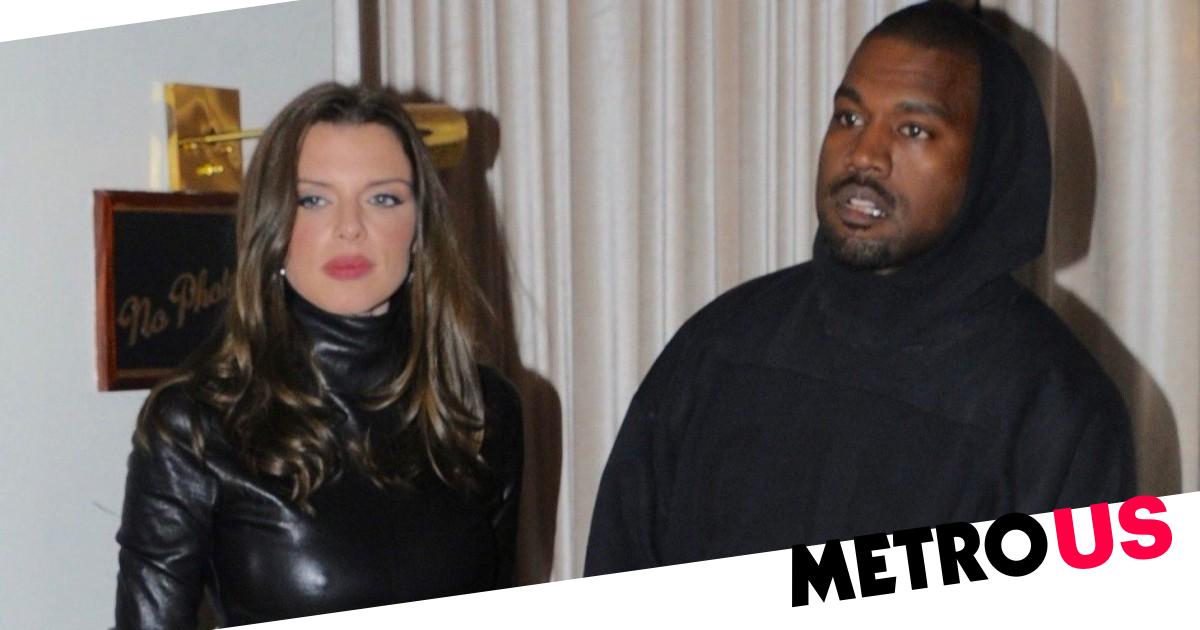 They’re the couple everyone’s talking about at the moment, but Julia Fox insists her romance with Kanye West is the real deal.

The actress appeared on a podcast to set the record straight, saying her relationship with the rapper isn’t a PR stunt.

Speaking to Niki Takesh on their podcast Forbidden Fruits, Julia, 31, shut down rumours that she’s only dating the 44-year-old musician for media attention.

When Niki pointed out that some of her friends have asked whether their hook-ups were just a stunt, Julia replied: ‘There’s always people that think every single celebrity scandal is a setup. I personally don’t.’

According to People magazine, Julia added ‘I feel like, to the people who know us both personally, like all the people that we have in common, like friends in common, have texted me like, “Oh my God, this makes so much sense.”‘

Julia also assures the pair are keeping things casual for the time being, despite being papped enjoying some hot-and-heavy PDA on several occasions.

‘For right now, I’m just living in the moment and I don’t have any expectations — there’s no labels, none of that. It’s just people that make each other feel better,’ she shared.

The star also didn’t hesitate to speak highly of SNL comedian Pete Davidson, who is now loved up with the Donda rapper’s ex wife Kim Kardashian.

She said that she ‘loved’ her and Pete’s 2019 shoot for Paper magazine.

Kanye has been enjoying a sizzling romance with the actress since they met on New Year’s Eve.

Seemingly not caring who knows about it, they’ve been on multiple dates and locked lips as crowds stopped and stared.

In an essay for Interview Magazine the mother-of-one explained how she met Ye two weeks ago and they experienced ‘an instant connection.’

She said ‘his energy is so fun to be around’ and he had Julia and her friends ‘laughing, dancing and smiling all night.’

Julia went on to admit that while she has no idea where their relationship is ‘headed’, she is ‘loving the ride’.

Their romance comes after businesswoman Kim filed for divorce from Kanye in February 2021.

Julia also split from her husband Peter Artemiev in the same year.


MORE : David and Victoria Beckham glowing and sun-kissed as they frolic on beach holiday