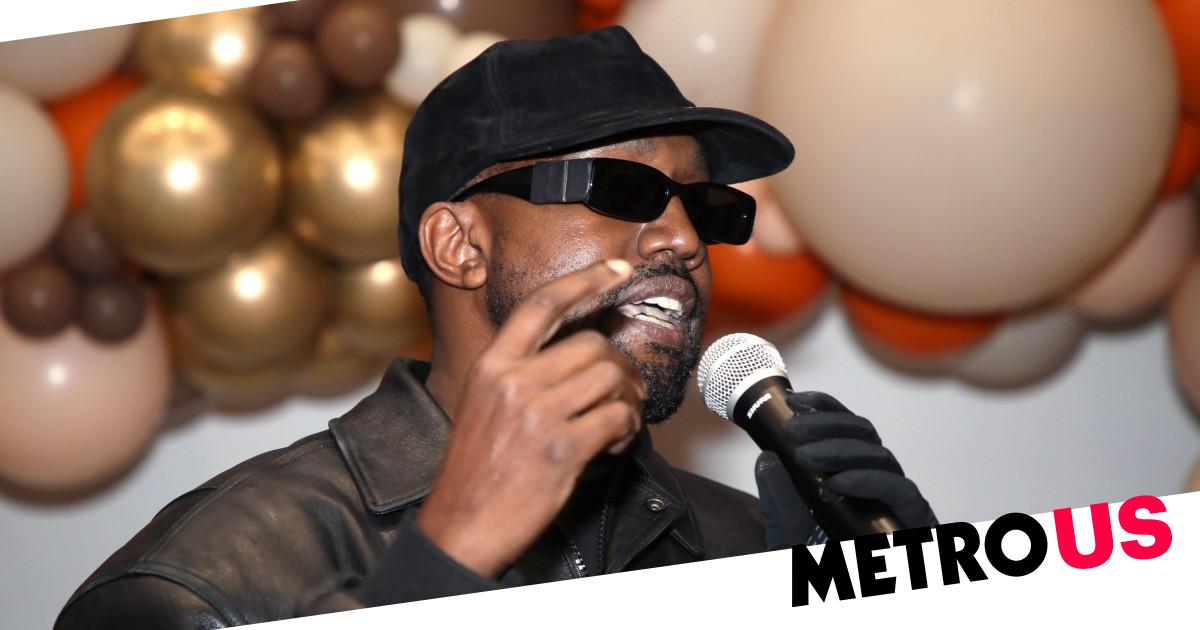 Kanye West is determined to get back together with his estranged wife Kim Kardashian after admitting he ‘made mistakes’ in their marriage.

The Donda star, 44, was speaking at a homeless charity event for Thanksgiving near Skid Row in Los Angeles when he made the comments.

Taking to the mic, the rapper, who married reality star Kim in 2014, said he will fix his marriage as God wants them to see that ‘everything can be redeemed’.

The pair were married for six years before Kim, who is now rumoured to be dating Pete Davidson, filed for divorce in February.

In a short speech, reported by Page Six, Ye said everyone had ‘made mistakes’, and added: ‘I’ve publicly done things that were not acceptable as a husband.’

Both E! and Hulu, which is owned by Disney, are networks on which the Kardashians have had, or are about to have, reality shows.

‘I am the priest of my home,’ he said, repeating the phrase three times.

‘I have to be next to my children as much as possible.’

Saying that he was trying to express himself in the ‘most sane way’, Kanye added simply: ‘I need to be back in my home.’

The rapper went on to say that ‘if the enemy can separate Kimye’, it makes ‘millions of families feel that separation is okay’.

But when ‘God brings Kimye together’, those millions of families will be ‘influenced’ to ‘overcome the work of the separation, of trauma the devil has used…’.

Kanye, who was speaking at the LA Mission charity event, also used his time on the microphone to condemn those who ‘step over homeless people’ to ‘get to the Gucci store’.

The speech comes after Yeezy told the podcast and YouTube series Drink Champs that he and Kim were ‘not even divorced’ as he has ‘never seen the papers’.

Referring to her as his wife throughout the interview, the rapper said their children ‘want their parents to stay together, I want us to be together.’

Kim, however, appears to have moved on with Saturday Night Live comedian Pete.

Rumours about the two swirled for weeks after they were seen holding hands and heading out for dinner together after kissing during a sketch on SNL for an episode Kim was hosting.

But while neither have officially commented on the rumours, the pair were seen this week holding hands and giggling together in a car – and if that’s not enough to sent the rumour mill into overdrive, Pete was sporting what looked to be a fairly considerable love bite.

Kanye, meanwhile, is rumoured to be dating model Vinetria, 22, after the pair attended a basketball game at his Donda Academy school in Minneapolis.

Metro.co.uk has reached out to reps for Kanye for comment.

MORE : ‘My row with Scarlett Harlett got axed’: RuPaul’s Drag Race UK finalists spill all the season 3 tea you didn’t get to see