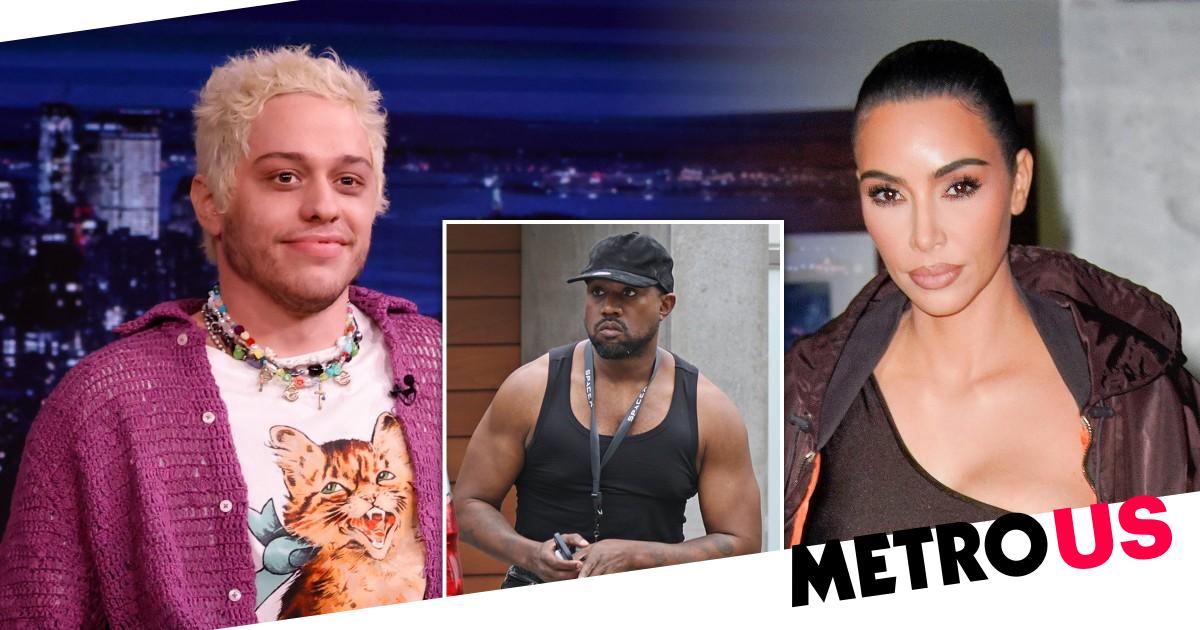 Kanye West has been seen for the first time since estranged wife Kim Kardashian appeared to confirm her relationship with Pete Davidson.

The Keeping Up With The Kardashians star, 41, made headlines when she was spotted holding hands with the Saturday Night Live comedian, 28, sending us all into meltdown.

Ye, who recently announced that he still wants to be with the SKIMS businesswoman, reportedly ‘didn’t like’ seeing those pictures, and the accompanying video, splashed all over the internet.

But the Stronger rapper didn’t seem all that fussed as he headed out in LA over the weekend.

He completed the look with a black cap and later sported an eye-catching bomber jacket adorned with giant pictures.

Well, Kanye will never go totally low-key, will he…?

The dad-of-four’s appearance comes after an insider claimed that he was left unimpressed by the photos of his ex moving on with SNL star Pete.

The former couple – who share children North, Saint, Chicago and Psalm together – called time on their relationship at the beginning of the year, with Kim filing to end their marriage in February.

However, until their divorce is finalized, Kanye is thought to have asked his ex to ‘please refrain’ from any public displays of affection.

A source told HollywoodLife: ‘Kanye was really put off by Kim holding hands with Pete and he did not like it at all.’

They added that he claimed PDA wouldn’t ‘look good for their family’.

Kim is thought to be happily loved up with her new beau, who recently ended things with Bridgerton actress Phoebe Dynevor.

’They are really happy and seeing where it goes,’ a source told E! News. ‘Pete has told her he doesn’t want to see anyone else. She is telling some people they aren’t super serious but she isn’t seeing anyone else…

‘She’s trying to not make a big deal about it but is super into him.

‘Kim is smitten over him and it’s very exciting to her.’