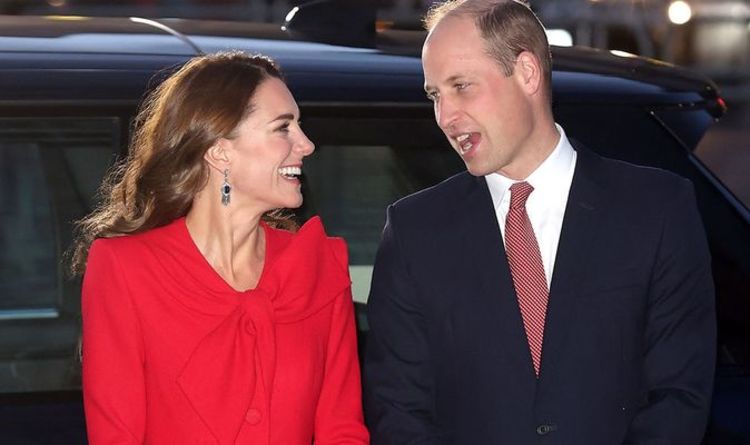 The Duke and Duchess of Cambridge, both 39, are reportedly easier for young people to connect to as evidenced by Kate’s recent Christmas carol service.The event, held at Westminster last week, saw both younger and more senior members of the Firm join in the festive spirit but royal expert Dickie Arbiter explained the service was “very much Kate’s initiative”.

He told FEMAIL: “It’s the third generation taking the lead – we’re living in a time, the Cambridge’s are the bridge within the monarchy.”

“The carol service was Kate’s idea – but it’s one way for other members of the royal family, who have all been involved in one way or another on the Covid front, to come together and say thankyou.

“Whether through their own charities, individuals, Zoom calls with nurses or health workers etc, this was a way of the family coming together to say thanks.

“It was very much the Duchess of Cambridge’s initiative, who works very closely together with the Duke.

“It was almost a joint project with the Duchess taking the lead.

“The royal family were at the forefront of thanking people who have done exceptional work in the community.

“We’re living in a society where a lot relies on volunteers – and during Covid- one thing the royal family can do is bring people together to say thankyou.”

Kate’s carol service was attended by the Countess of Wessex as well as William’s cousins Zara Tindall, Princess Beatrice and Princess Eugenie.

Across the country, these organisations and unsung heroes have pulled together and through acts of kindness helped others in the face of extraordinary challenges.”

Mr Arbiter continued: “Young people know who the queen is but they can’t quite attune with someone so distant in terms of the age gap.

“When you have people like the Cambridges, they act as a bridge between the young people and older generation.”