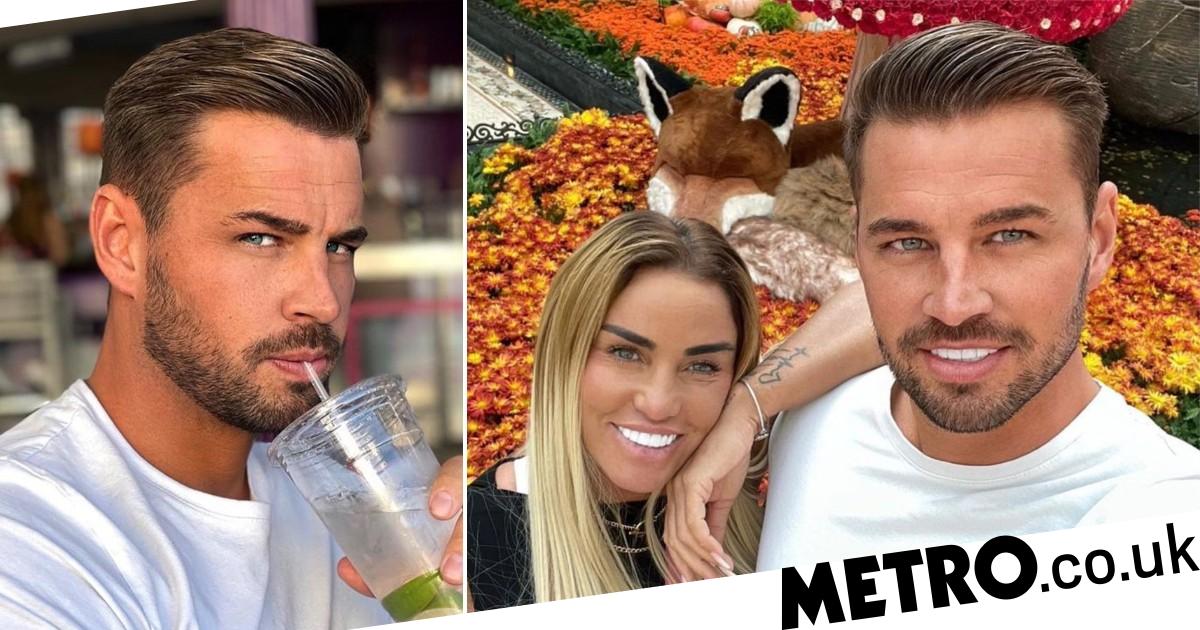 Katie Price is head over heels for fiancee Carl Woods, and she wanted her 2.7million Instagram followers to know just that.

The former glamour model, 43 shared two snaps of her car dealer beau, 32, on the photo-sharing platform.

The loved-up couple jetted off to Las Vegas earlier in the week after travel restrictions between the UK and USA were lifted amid the ongoing coronavirus pandemic.

They were later pictured at the Clerk County Clerk’s office completing their paperwork to get a marriage license so they could tie the knot in Sin City.

Underneath the picture of Carl posing while taking a sip of his drink, Katie captioned the post: ‘I have to say @carljwoods you just give me butterflies your so hot, so good to me I just love you so much.’

In another selfie, Katie and Carl were all smiles in front of an autumnal backdrop, and the reality star wrote: ‘showing me around vegas after all he has been here 33 times over 11 years it’s his second home #happy #heathly.’

The acts of admiration haven’t stopped there, as the pair are reportedly planning to get matching tattoos to celebrate the joyous occasion.

A source told The Mirror: ‘They want it to be a romantic gesture to display their love for one another.’

Katie and Carl are also planning to make the most out of their trip in the gambling capital by doing a lot of ‘touristy’ stuff.

Their trip to Las Vegas comes while Katie awaits sentencing after crashing her car while disqualified from driving and under the influence of alcohol and drugs.

She had pleaded guilty following the single-vehicle collision which saw her flip her car in September and had completed a court-ordered stay at The Priory.

In an Instagram post, Katie called out her exes Peter Andre and Kieran Hayler, after they reportedly ‘sent legal letters’ concerning her upcoming wedding to Carl.

She wrote in part: ‘I’m asking you both kindly to leave me alone now and stop making money from my name.’


MORE : Peter Andre distances himself from Katie Price saga as she prepares to marry Carl Woods: ‘I never get involved’

MORE : Katie Price’s weddings: A look back at marriages to Peter Andre, Alex Reid and Kieran Hayler as she prepares to marry Carl Woods