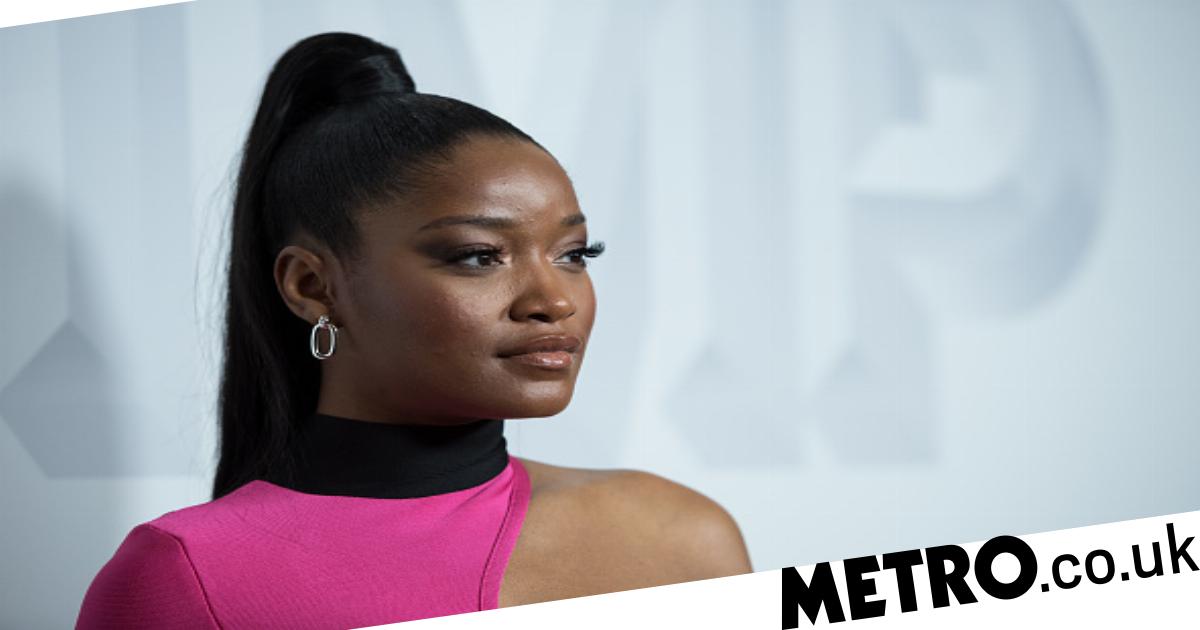 Keke Palmer has a ‘lowkey beard’ she has to shave due to polycystic ovary syndrome (PCOS).

PCOS is a condition which affects how the ovaries work, and can cause irregular periods, difficulty in getting pregnant, weight gain, acne and excessive hair growth – the latter due to excess androgen in the body.

Keke, 28, was diagnosed with the condition after struggling with adult acne for years, and she’s now revealed how she’s learned to manage her health issues.

Speaking on The Tamron Hall Show, the Hustlers actress shared: ‘I kind of discovered that that’s what I was dealing with and it answered a lot of the questions to, not only why I had acne, but why I grow hair on my face or under my chin, you know I kind of have a lowkey beard going on that I have to shave every couple of days.

‘I started to zero-in on the fact that you know, for me to have dealt with acne past puberty in the way that I did, there had to be something deeper going on. And that’s when I came up on PCOS and also things that I needed to change in terms of my diet.’

Keke has spent time learning about the condition. However, she now accepts that it’s ‘different for everyone’.

The star added: ‘I do try to be thoughtful with my platform, but I’ll be honest, when it came to me talking about the PCOS and my acne struggles, it was to empower myself.

‘It was to empower myself and to give myself the opportunity to say, “You know what? Just own who you are, love yourself.” It was like me telling myself “I love you girl no matter what. I love you so much. I’m going to show your whole self to the world and I’m not going to be afraid.”’

Keke has discussed her condition on social media, telling fans to chase up doctors if they believe something is wrong that doctors are not finding.

She wrote in one post: ‘It took ME taking a personal look into my family that has a history of diabetes and obesity, to understand what was ACTUALLY happening with me,. And unfortunately doctors are people and if you don’t ‘look the part’ they may not think that’s your problem. They may not even suggest it if you ‘look healthy’ whatever that means!’

In the same post, the True Jackson, VP star discussed her skin issues, saying: ‘The least harmful thing PCOS can bring is acne. To all the people struggling with this please know you’re not alone and that you are still so f***ing fine! MY ACNE AINT NEVER STOPPED ME. But we don’t have accept this. Now I can really help KEKE! And I love her so it’s ON.’

The singer and actress is set to have a big 2022, as she will star in Jordan Peele’s new horror movie Nope.

No details about the plot have been given, but expectations are high following the success of Peele’s movies Get Out and Us.

Keke will star opposite Daniel Kaluuya and Steven Yeun in the mysterious film, set for release in July.