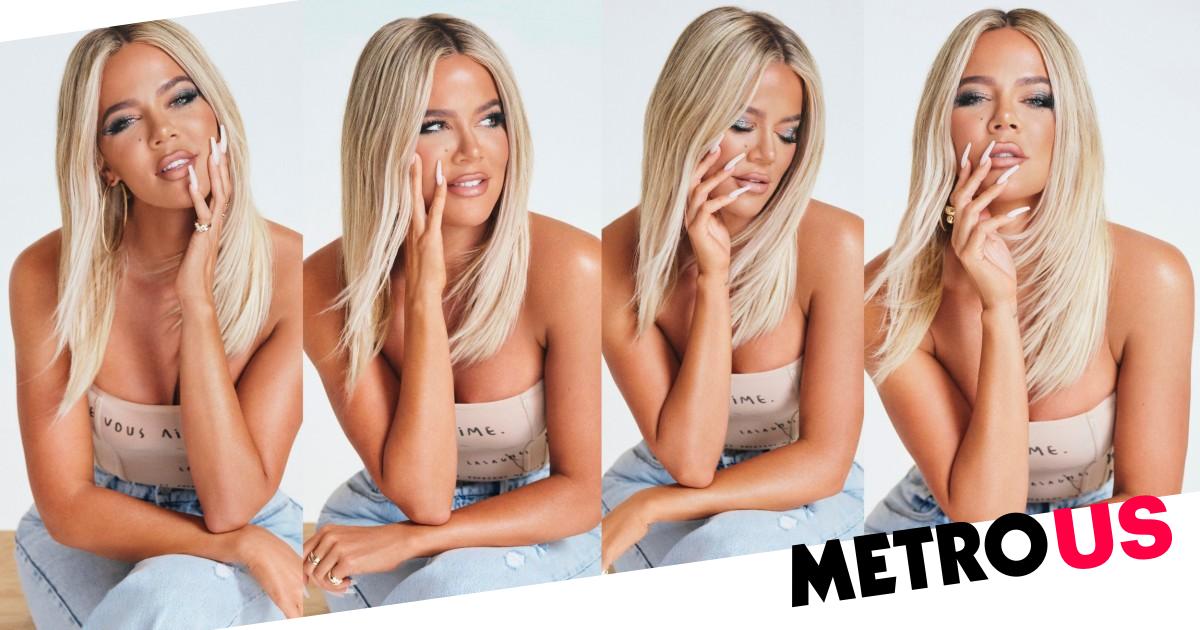 Khloe Kardashian loves meeting fans but one topic she’s less keen about these days is getting sex advice from strangers.

The Good American boss, who graces the new cover of Cosmopolitan UK, has had to get used to fans being over-familiar with her thanks to the family’s reality series Keeping Up With The Kardashians, which gave fans a close-up look at all their drama as well as the highs.

However, it meant viewers sometimes felt they knew Khloe, 37, and her siblings personally so when they met, they’d give her advice that was perhaps a little too close to home.

‘I’m such a people person. Someone will call me Khlo or Koko [her nicknames] and I’m like, “Heyyy!” I have to be reminded that I don’t know this person, they just watched the show,’ Khloe told Cosmopolitan UK for their December 2021/January 2022 issue.

She continued: ‘When I was married people would come up to me and give me sex advice because I was trying for a baby for so long.

‘It’s sweet – I understand they were trying to be helpful, but I’m beyond talking about sexual positions with a stranger.’

Khloe was married to former NBA star Lamar Odom from 2009-2016 and their fertility issues were well-documented on KUWTK and their spin-off series Khloe & Lamar.

The reality star also admitted that she finds certain rumours about herself infuriating and can’t resist a good clapback on social media.

‘It depends what mood I’m in – if I’m having a hard week, I snap and that’s when I go on Twitter and start commenting,’ she said. ‘Sometimes, I spiral. We’re all used to there being so much crap out there, but sometimes it can be the smallest thing and I just want to set the record straight – especially when it’s about my family, I get more protective.’

Khloe and her sisters will be returning to screens next year with their brand new reality series which is set to air on Hulu.

Fans will be hoping to see the latest developments within the family unfold, such as Kourtney Kardashian’s engagement to Travis Barker and Kim’s new romance with Pete Davidson.

MORE : Strictly’s Giovanni Pernice reveals even he struggled with silent dance: ‘Rose Ayling-Ellis has been doing this for eight weeks!’