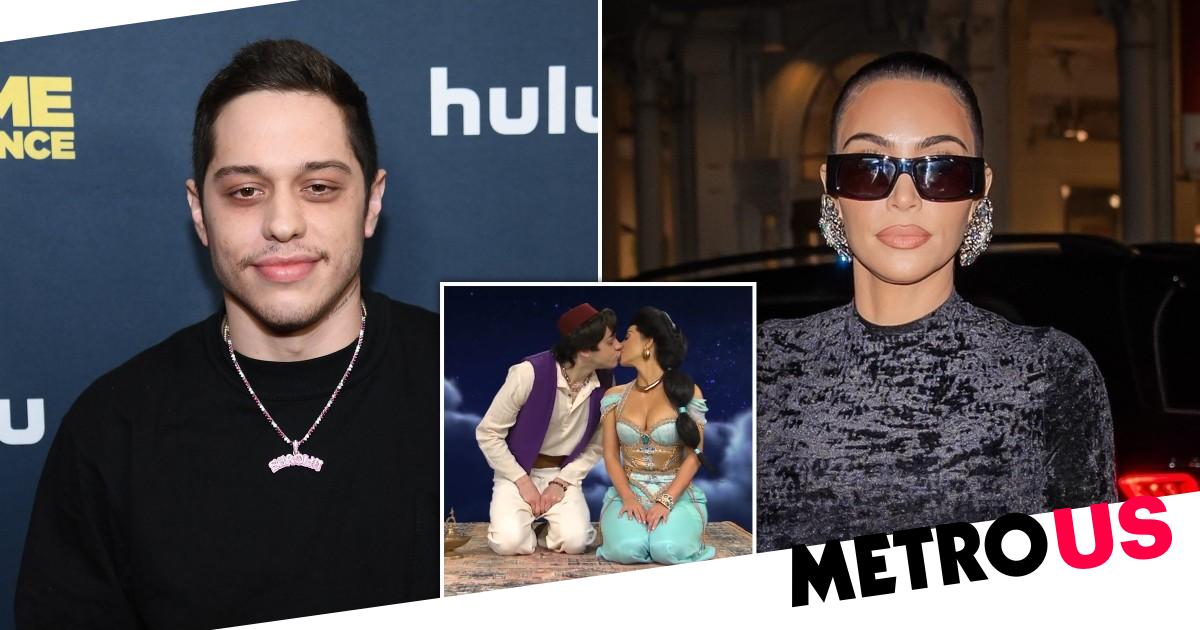 Kim Kardashian and Pete Davidson appear to have made their romance official after they were pictured holding hands.

Rumours have mounted over the past few weeks that Kim, 41, has been dating the Saturday Night Live comedian months after she filed for divorce from husband Kanye West.

It has only been fuelled by new photos of the pair, obtained by the DailyMail.com, which show Kim and Pete, 28, clearly holding hands as they took a stroll in Palm Springs, California, near to where they’ve been staying at Kim’s mother Kris Jenner’s holiday mansion.

The new couple looked happy and relaxed and couldn’t wipe the smiles from their face as they walked hand-in-hand and chatted away, before popping into a convenience store.

However, the trip was short-lived for Pete who was only able to stay for a day before flying back to New York for work.

A source has confirmed the couple are an item, telling E! News: ‘They are really happy and seeing where it goes.

‘Pete has told her he doesn’t want to see anyone else. She is telling some people they aren’t super serious but she isn’t seeing anyone else… She’s trying to not make a big deal about it but is super into him.’

They added: ‘Kim is smitten over him and it’s very exciting to her.’

As for Kim’s family and friends, the insider said ‘everyone is happy for her’.

Kim isn’t the first A-lister Pete has dated with his previous relationships including Ariana Grande – who he was engaged to – Kate Beckinsale and Phoebe Dynevor. His new girlfriend filed for divorce from Kanye, 44, in February and they share four children; North, eight, Saint, six, Chicago, three, and Psalm, two.

Earlier in the week, the couple fuelled the dating rumours when they were pictured wearing matching Skims pyjamas while celebrating Pete’s 28th birthday in Palm Springs with Kris and rapper Flavor Flav.

Last month, Pete and Kim shared a kiss on SNL while playing Aladdin and Jasmine in a skit, while riding on the Disney characters’ magic carpet.

The funnyman recently hinted that the rumours of their romance are true while being interviewed on Seth Meyers’ talk show, with the host stating: ‘I want to address something – I feel like I want to confirm if it’s real or a rumour.

‘This is something you’ve been reading a lot about in the press. We appreciate you doing it here.’

Appearing as though he might let something slip, Pete responded: ‘I’ve been wanting to talk about this because there’s a lot of people I walk by, people are like whispering and making eyes at me. But it is true.’

However, he then added: ‘I do have a show on Tubi coming out.’