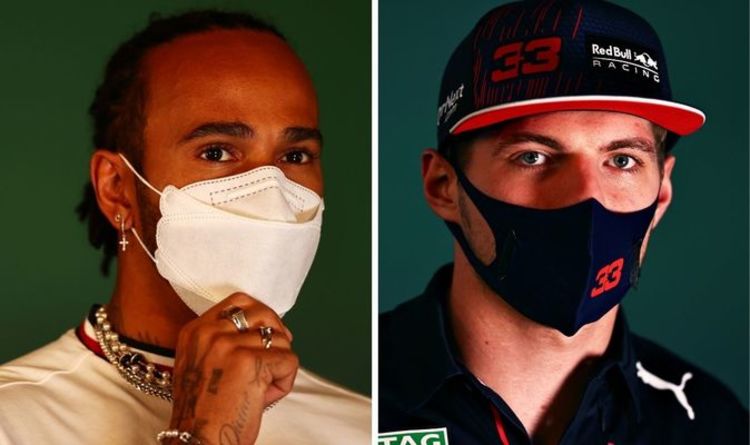 Mercedes’ Lewis Hamilton says he “has a different viewpoint now” on his incident with title rival Max Verstappen at the Sao Paulo Grand Prix after seeing it from new angles. Hamilton battled his way up from P10 through the race to bring the fight to Verstappen at the front, as the two almost touched wheels going into Turn 4 on lap 48.

Trying to keep a hold of the lead, Verstappen defended hard into the entry of the corner, with Hamilton trying to go round the outside to take control of the race.

But Verstappen went wide and both drivers were seen bouncing across the curbs, re-entering with the Dutchman still in front.

The stewards deemed the incident not worthy of an investigation, with Hamilton essentially calling it a racing incident, adding it was “what a world championship battle should look like” after the race.

Since then Mercedes have lodged a right to review with the FIA after they say new footage has emerged, with a hearing taking place ahead of the Qatar Grand Prix.

On reflection, the seven-time world champion had changed his view from last Sunday, despite winning the race in Interlagos.

He said: “Honestly, it’s not something I want to dive too much more into. I’ve not looked at all… I’ve seen the onboard footage for example that came out but as I said last race I was just trying to focus on the fact that we did something that was quite remarkable, so unexpected, so I’m trying not to focus on any negatives.

“The team I know are in discussion at this point, so I’ll leave them to it.”

In stark contrast, however, Verstappen felt unchanged since Sunday and didn’t feel the need to slave over old footage to know he was not at fault.

“I didn’t need to look at the footage because I was driving the car so I knew exactly what happened,” he said.