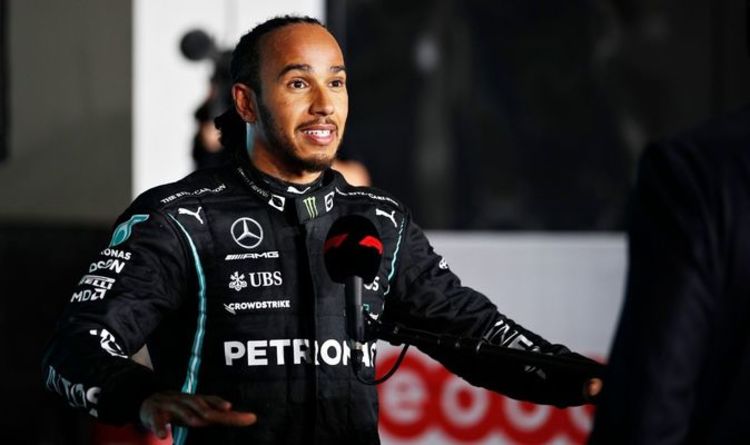 Mercedes’ Lewis Hamilton says he’s put himself in good stead to win the Drivers’ Championship after beating Max Verstappen for the second race in a row after dominating the Qatar Grand Prix. Hamilton has now cut the lead to just eight points to Verstappen in the standings as the Dutchman recovered from seventh to finish second under the lights in Doha.

Verstappen was hit just hours before the race with a five-place grid penalty in Qatar after qualifying second for the inaugural race, with Hamilton on pole. It meant the seven-time world champion was alongside AlphaTauri’s Pierre Gasly and Alpine’s Fernando Alonso.

After a strong start to hold off Alonso and Gasly, Hamilton drove a commanding race, unphased by Verstappen who was carving his way through the pack.

But by the time he reached Hamilton, Verstappen was unable to bring the fight to the seven-time world champion.

Speaking after, Hamilton admitted: “It was pretty straight-forward, it was pretty lonely at the front.

“Of course I enjoy those races where you’re battling through but we needed those points today, so I think a real solid job from the team.

JUST IN:
Max Verstappen hit with a five-place grid penalty ahead of Qatar GP