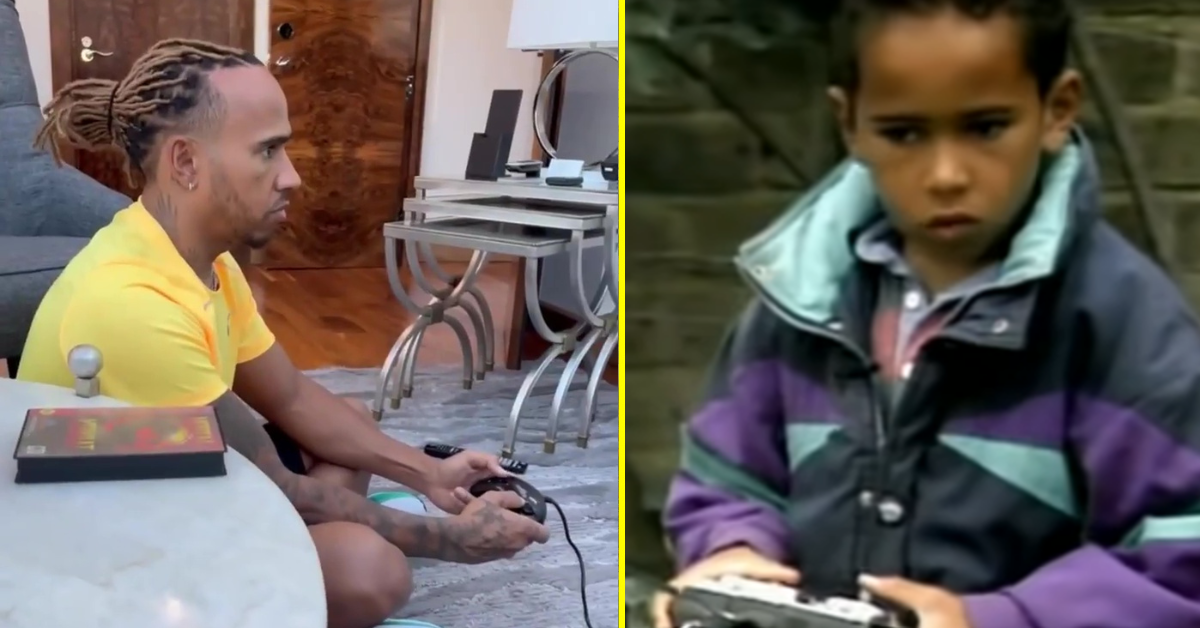 Lewis Hamilton once said he’s ‘not really interested’ in racing games, and hates simulation work back at the factory, but that all changes when his hero Ayrton Senna is involved.

It was revealed during lockdown that the seven-time champion instead spent much of his spare time playing Call of Duty with fellow drivers Pierre Gasly and Charles Leclerc.

Hamilton has long been against sim work, saying he doesn’t find any benefit for real world racing, and he also doesn’t take part in track walks in the build up to race weekends.

But that doesn’t mean there isn’t fun to be had, with the Mercedes driver touching down in Montreal for the Canadian Grand Prix and heading straight out to buy a SEGA Genesis.

Hamilton would have been three when the console was released in 1988, but it clearly helped form his early love for Formula 1, and racing idol Senna.

The Brit has long adored the iconic Brazilian, with his early race helmets a tribute to the triple champion, who many still consider as the greatest F1 driver of all time.

Hamilton is certainly in that camp, having grown up playing Ayrton Senna’s Super Monaco GP II, which he managed to find a copy of in Canada.

He was once left speechless in Montreal when he equalled Senna’s record of 65 pole positions, and was gifted a race-worn helmet from the icon’s family straight after.


Perez was ‘dirty’, threatened with ‘punch in the face’ – now he challenges Verstappen

Such is his affinity for the man and the country, Hamilton was also recently made an honorary citizen of Brazil, the country in which he sealed his first-ever world title in 2008.

Senna’s name is perhaps most closely associated with the Imola and Monaco Grand Prix, but his relationship with Hamilton is all about Canada, where the Brit won his first ever race.

Returning to his childhood, sitting cross-legged in front of the screen, Hamilton was seen in full-concentration mode playing the SEGA game, harking back to his first-ever television appearance that also involved a remote control.

The Stevenage-born superstar made his TV debut back in 1992, appearing on Blue Peter aged just seven years’ old.

The earnestly-faced youngster is seen dominating his competition in a remote-controlled car race, hinting towards what was soon to come.

Hamilton later moved onto go-karts and continued winning, all the way to the pinnacle where he then became the most successful driver F1 has ever seen.

Who knows though, without Ayrton Senna’s Super Monaco GP II, we may have never heard of him.