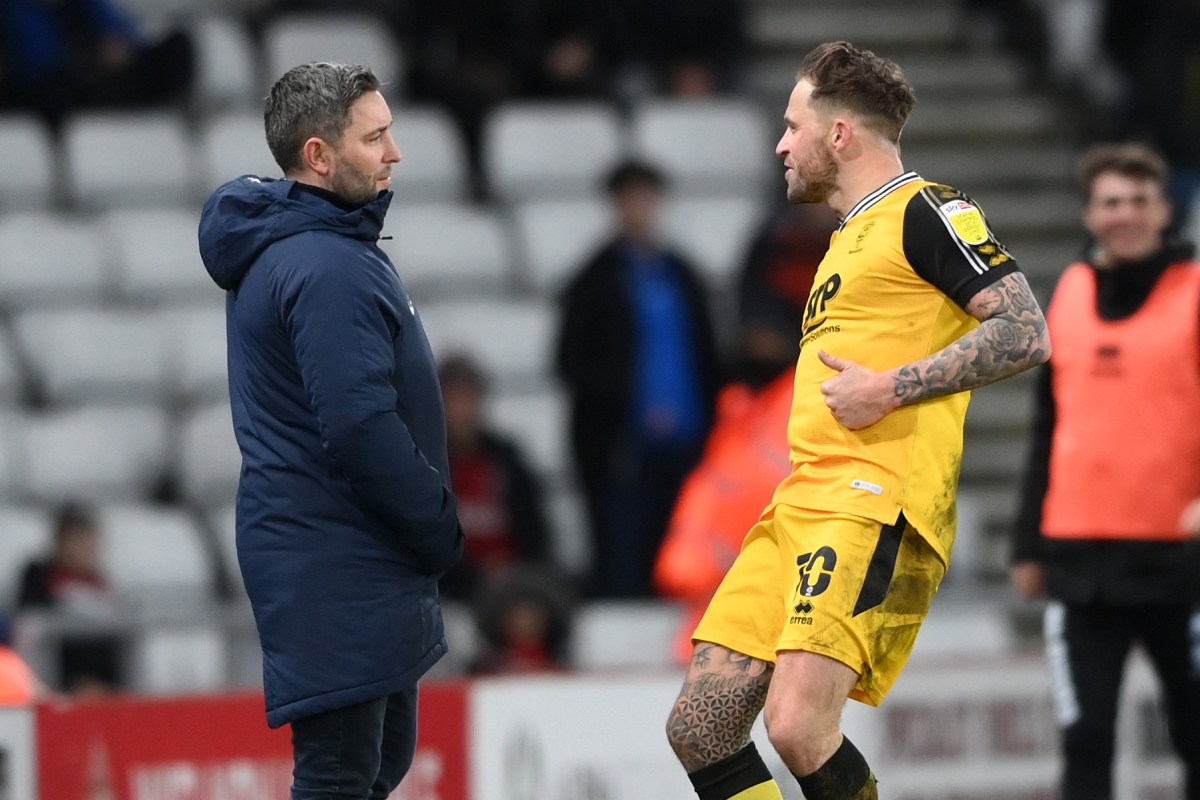 It’s very early in 2022 but Lincoln City’s Chris Maguire may already have ‘S***house of the Year’ wrapped up.

After scoring against his former side, Sunderland, on Tuesday night, he didn’t celebrate but then sprinted over to his ex-boss, Lee Johnson, and confronted him in the technical area.

Not only was Maguire’s opening goal a fantastic strike, but it was also the first of three he scored at the Stadium of Light, as a depleted Lincoln side, who had just four substitutes, won 3-1 against the promotion chasers.

The midfielder was perhaps lucky to be on the pitch to score his treble, after a high tackle on Carl Winchester was only punished by the referee with a yellow card.

Maguire decided not to celebrate as provocatively when he bagged his second and his third of the night, stating that he ‘did his talking on the pitch’.

“It was a build up of things. I thought I was hard done by in my time here – it didn’t end the way I wanted to,” Maguire told Sky Sports after the game.

“I got a yellow card early on, and I looked over and [Johnson] was trying to get me sent off.

He added: “I can’t tell you what I said but I think I did my talking on the pitch. It was just a bit of tongue in cheek for my last 6 months here. It ended badly for me.

“I hope the Sunderland fans are okay with me. I was getting booed but I’ve got nothing but admiration and respect for them. I loved my time here.

“I wasn’t meaning to be disrespectful to them at all. I hope they can see from my point of view the way it ended for me here.”

After seeing the astonishing moment, Twitter user @Ben_G27 posted: “S***house of the year. Nothing will beat this.”

And it’s hard to disagree.

Meanwhile, things went from bad to worse for Johnson when he was sent off in stoppage time.

After his defender, on-loan Manchester City youngster Callum Doyle, went flying into a tackle on opposition midfielder Conor McGrandles, the Lincoln man squared up to Doyle, before his boss got involved.

Johnson preceded to grab the Scottish midfielder around the neck, leaving the referee no choice but to send him off.

When it rains, it pours.