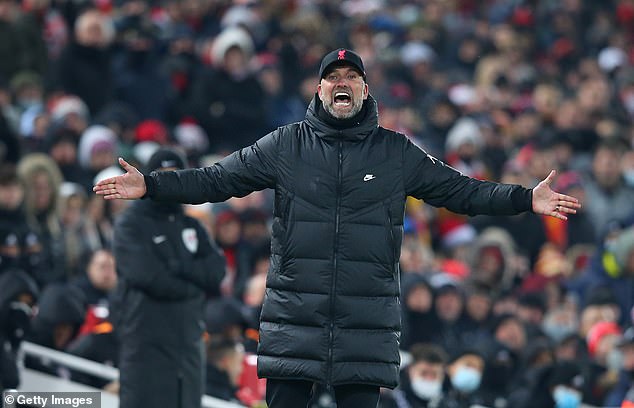 REVEALED: Chelsea and Liverpool’s Champions League last-16 away ties could be moved to neutral venues as UEFA bid to avoid compulsory vaccine laws introduced in France and Italy

By Matt Hughes For The Daily Mail

Chelsea and Liverpool could see their Champions League last-16 away ties against Lille and Inter Milan moved to neutral venues as UEFA are reluctant to endorse the compulsory vaccination rules set to be introduced by the French and Italian governments.

Under the new regulations that will come into force later this month, all professional and amateur sportspeople in France and Italy must have a Covid passport to enter venues — which could have an impact on player availability given the lower vaccination rates among some Premier League clubs.

UEFA sources have indicated that at this stage there are no plans to rewrite their rules to make vaccination compulsory, not least as the availability and take-up of vaccines varies considerably across Europe so any Chelsea or Liverpool players who have not been jabbed before next month’s ties would be treated as if they had tested positive for Covid.

UEFA rules state that clubs with 13 players, including a goalkeeper, will be expected to fulfil fixtures, but if government-imposed restrictions, such as compulsory vaccination, lead to squads being depleted games can be moved elsewhere.

Ralf Rangnick’s call for the League Cup to be abolished has not gone down well with many of his fellow top-flight managers, some of whom have taken umbrage at being lectured on how to solve the problems caused by the current fixture pile-up by a newcomer to English football.

Rangnick first lived in this country in the 1970s but had only taken charge of three matches at Manchester United when he suggested scrapping the Carabao Cup to ease congestion last week.

Other managers have also noted that the League Cup is not a problem for Rangnick as United were knocked out by West Ham in September.

Underlying Rangnick’s intervention, there are signs of a growing divide in the Premier League between some European managers and homegrown bosses.

Rangnick, Thomas Tuchel and Thomas Frank have criticised elements of the schedule in recent weeks, which many domestic bosses feel should be respected.

Dominic Solanke remains on the radar of England manager Gareth Southgate despite playing in the Championship and a gap of over four years since his solitary senior cap, a substitute appearance in a friendly against Brazil in November 2017.

The Bournemouth striker has scored 19 goals in 26 appearances this season to spearhead Scott Parker’s side’s attempt to return to the Premier League, an impressive tally that has been noted by Southgate, who continues to monitor a group of forwards outside his squad including Danny Ings and Ivan Toney.

While a move to a Premier League club in the transfer window would probably help Solanke’s cause Southgate has previously shown a willingness to select players from the Championship, with Mason Mount called up during his loan spell at Derby County, while Kalvin Phillips would have been picked when Leeds were still in the second tier had England’s fixtures not been called off due to the pandemic.

Solanke is wanted by Newcastle but it is unclear if Championship leaders Bournemouth would sanction the sale, or if the 24-year-old would want to move given the likelihood of the two clubs swapping leagues at the end of the season.

Chelsea are confident that the safe-standing trial for 12,000 fans at Sunday’s Premier League game against Liverpool will be successful as many of their fans have been taking part in an unofficial experiment all season.

The club installed rail seating, which gives supporters the option to stand or sit, in the Matthew Harding Stand and the Shed End at Stamford Bridge last summer and many fans have opted to stand.

Tottenham, Manchester United, Manchester City and Cardiff are also taking part in the trial with a view to introducing safe-standing areas at every club next season.