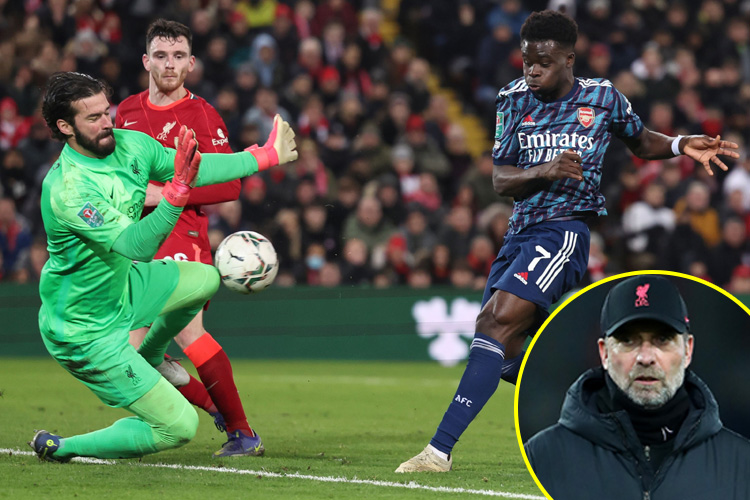 Liverpool felt the absence of Mohamed Salah and Sadio Mane as a ten-man Arsenal side took a 0-0 draw from Anfield in the first leg of their Carabao Cup semi-final.

The Gunners were forced to play more than 65 minutes with ten men after Granit Xhaka was sent off for a wild challenge on Diogo Jota.

Despite dominating possession, the Reds were unable to muster up a single shot on target until stoppage time as Arsenal held out for a priceless draw ahead of the return leg at the Emirates.

Liverpool should’ve won it in injury time – but Takumi Minamino, deputising for Salah and Mane during AFCON, missed an open goal from eight yards out.

Speaking on commentary for talkSPORT, Andy Townsend said: “What a chance, what a chance! The Kop drew a collective breath, they all thought Minamino would slame the ball home.

“He shins it and he skies it into the Kop.”