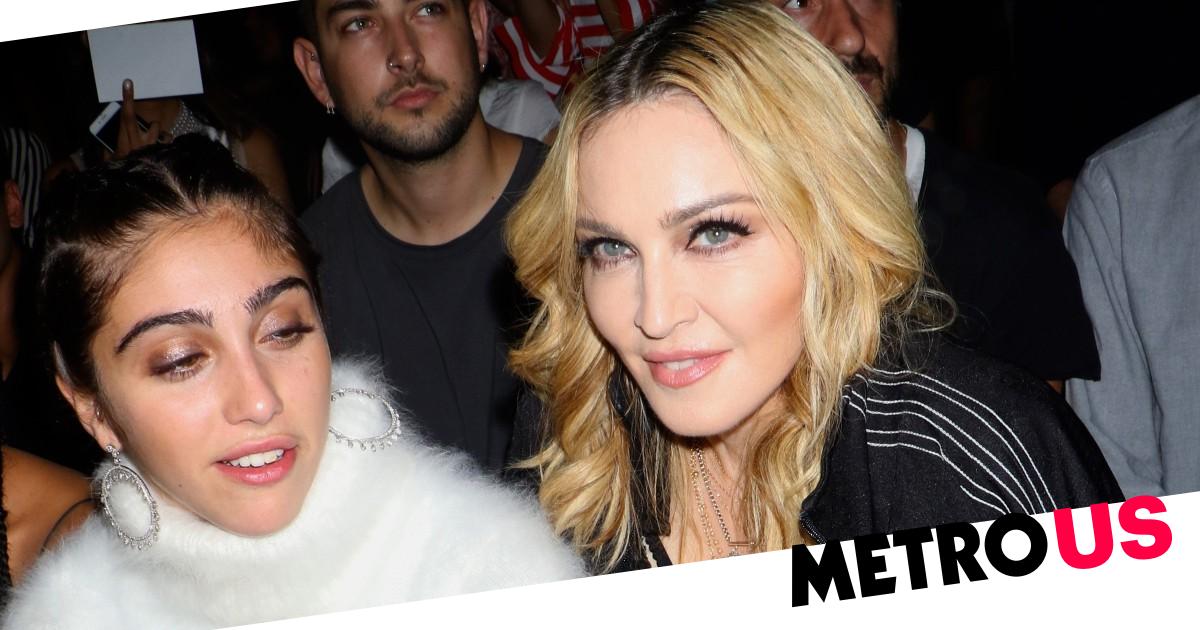 Madonna showed off her Photoshop skills this week as she managed to superimpose herself into an underwear shoot with her daughter, Lourdes Leon.

The Material Girl star, 63, took to Instagram to share the image of Lourdes, 25, in a mini skirt and bikini top, with herself in fishnet tights and a black mesh bodysuit edited in behind her.

She captioned the brilliantly convincing edit: ‘We’re in The Band!!! #mybetterhalf.’

The image she used of Lourdes was from her cover shoot for Paper magazine’s January issue, taken by Indiana Piorek, but Madonna removed the male model from the original snap and replaced him with herself.

The image Madonna chose to use of herself she had originally posted several days earlier, posing by a Tracey Emin drawing.

It comes after Madonna was forced to hit back at rapper 50 Cent who mocked her for posting a series of raunchy photos on Instagram, for which he later apologised.

She also slammed the platform for deleting the images because her nipple was showing, reposting them with an emoji over her breast.

Madonna wrote: ‘I’m reposting photographs Instagram took down without warning or notification….. The reason they gave my management that does not handle my account was that a small portion of my nipple was exposed.

‘It is still astounding to me that we live in a culture that allows every inch of a woman’s body to be shown except a nipple. As if that is the only part of a woman’s anatomy that could be sexualised. The nipple that nourishes the baby!

She continued: ‘Giving thanks that I have managed to maintain my sanity through four decades of censorship…… sexism……ageism and misogyny.

‘Perfectly timed with the lies we have been raised to believe about the pilgrims peacefully breaking bread with the Native American Indians when they landed on Plymouth Rock! God bless America.’


MORE : Madonna dancing to Olly Murs is the most unexpected, perhaps a little baffling, festive gift