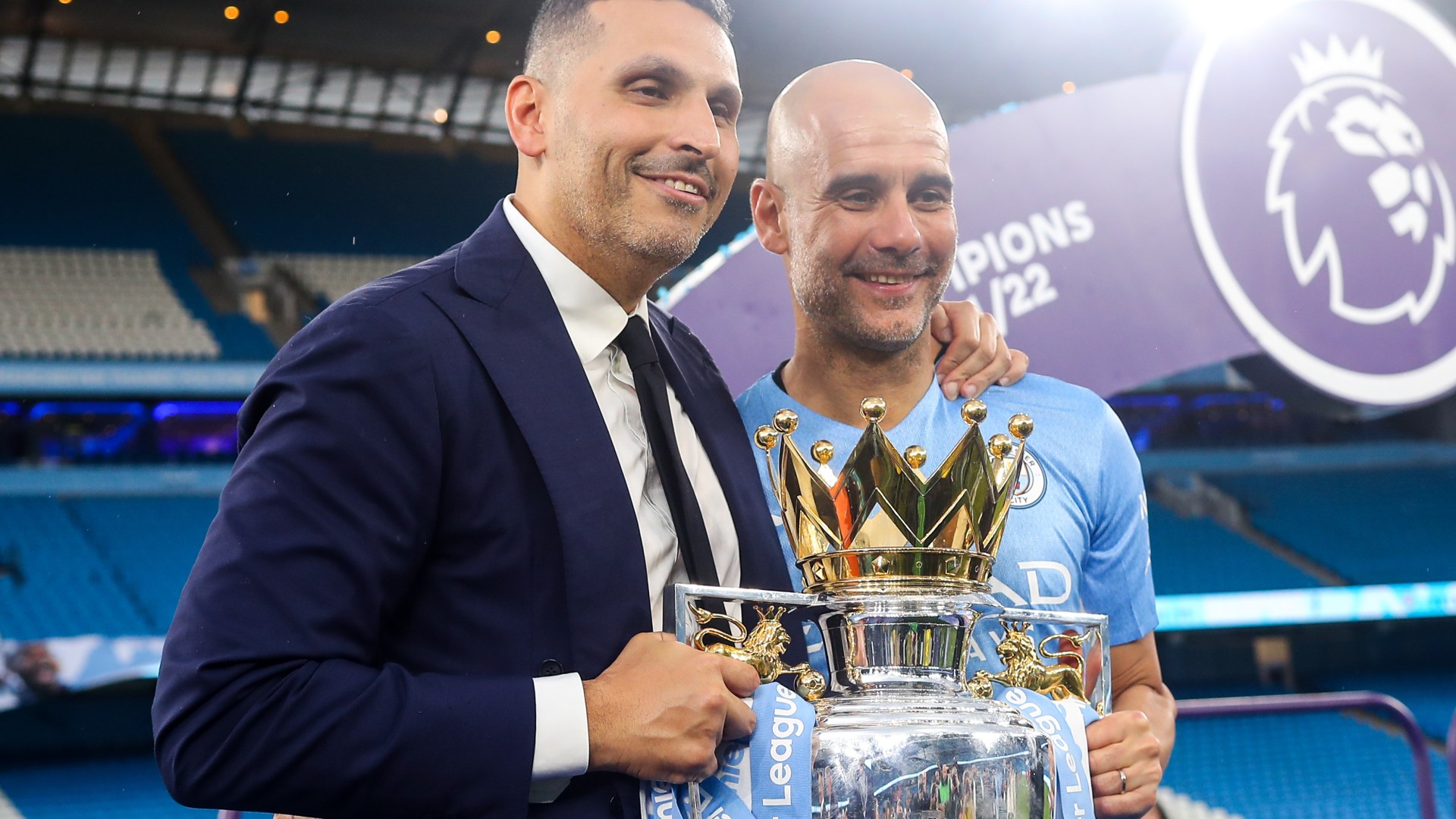 Man City have sent a statement of intent to their Premier League rivals, with chairman Khaldoon Al Mubarak insisting further arrivals are expected at the Etihad this summer following Erling Haaland’s arrival.

City got their hands on a fourth Premier League title in five seasons this term, pipping Liverpool to the crown by a point at the end of the 2021/22 campaign.

Despite this, Pep Guardiola’s side has moved swiftly in the transfer window already, securing the services of 21-year-old Borussia Dortmund forward Haaland in an £51million deal.

City have also brought in a lesser-known name in Julian Alvarez from Argentinian side River Plate, although he is tipped to make an impact this season after scoring for fun in his homeland.

The 22-year-old signed for City in January for £14m, but arrives this summer after being loaned back to River Plate for the rest of the campaign.

And he could replace Gabriel Jesus, who has been heavily linked linked with a move to Arsenal in recent times.

“I can confirm that there will be more players coming in,” Mubarak told the club’s official website.


Liverpool are ‘best in Europe’ despite UCL defeat, as Jordan agrees with Owen claim

“Every season some players leave and we have to refresh. We will be doing a couple more. We will try to go as fast as we can but it is not always entirely in our control.”

With the announcement club captain Fernandinho will be leaving the club following the expiry of his contract, a defensive midfielder is likely to be drafted in.

Guardiola is said to be keen on Leeds United’s England international Kalvin Phillips, who is No.1 on his list to replace the Brazilian.

The 26-year-old England man is likely to cost a hefty fee given the Yorkshire club retained their Premier League status on the final day of the season.

City are also in the running for Brighton left-back Marc Cucurella, 23, who is seen as an upgrade on Ukrainian Oleksandr Zinchenko.

Guardiola’s side are yet to get their hands on the Champions League, but Mubarak has insisted the club’s desire is to win as much as possible.

“We approach every season to try to win every competition,” he added.

“That has been the case for the last ten years. You cannot argue in the last six years under Pep, we show up every game with the full intention to try to win.”

Guardiola has one year on his contract at the Etihad Stadium, but Mubarak has insisted their is no rush on getting him to commit his future to the club, despite 51-year-old’s recent links with Paris Saint-Germain.

“Pep has never stayed as long at any club than he has at Manchester City,” he said.

“It is a partnership that has done wonders. Next year will be another exciting chapter. The conversation will be at the right time and pace and within a framework that works for Pep.”

Offer Of The Day