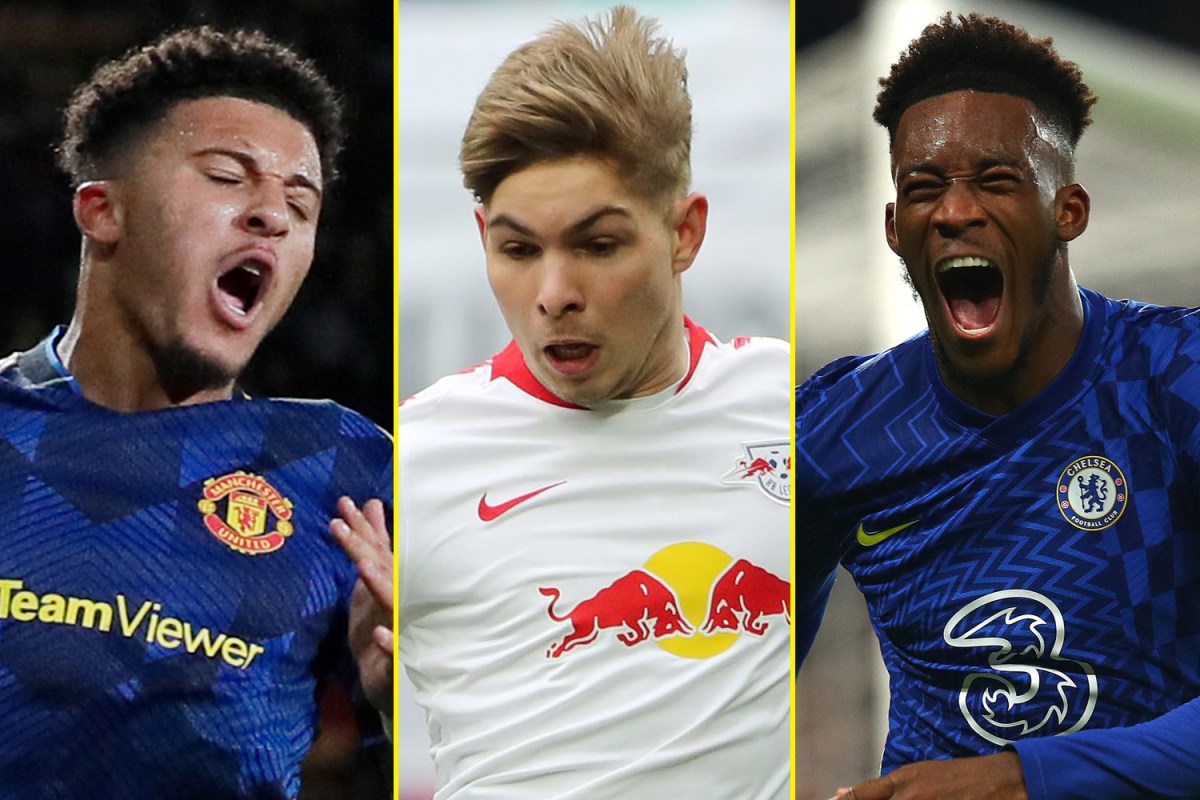 A new era at Manchester United is upon us with Ralf Rangnick set to be handed the reins at Old Trafford.

The German is expected to be named as the Premier League club’s interim coach on a six-month basis following Ole Gunnar Solskjaer’s exit.

He has already made an impression on English football with his protégés Jurgen Klopp, Thomas Tuchel and Ralph Hasenhuttl all adopting his methods.

Rangnick, who came close to the England job himself before Sam Allardyce was appointed, has had an eye on the Premier League’s emerging domestic talents for years.

In his own words, the 63-year-old ‘desperately wanted to sign Joe Gomez’ at RB Leipzig while he snubbed Jamie Vardy for being too old.

But what does Rangnick think of the Premier League’s current crop of current England internationals? talkSPORT.com has all the details…

Bundesliga journalist Kevin Hatchard told talkSPORT that Sancho will be a ‘perfect’ fit for Rangnick’s style of play.

And it seems the man himself agrees having tried to sign him when he was a Manchester City youth player before he joined Borussia Dortmund.

He told Sky Sports in 2020: “We were scouting him for four years at Leipzig and we even met Jadon, his family and his agent three years ago.

“[Then RB Leipzig manager] Ralph Hasenhuttl and myself met them in London but unfortunately he decided to then go to Borussia Dortmund.

“It would’ve been a very expensive transfer for us, but in the end, Jadon decided to join Dortmund. His development in the last three years has been amazing.

“He’s one of the best wing offensive players in Europe currently.

“If you look at his statistics last season in the Bundesliga he had 18 goals and 18 assists. As a winger player, those statistics are phenomenal and currently in Europe I don’t see any other player with his combination of pace, being dangerous in front of goal and ability to get assists.

Rangnick first watched Sancho in 2017 for England U17s in a European Qualifying game in Portugal in which Hudson-Odoi also played.

He has since admitted he would like to have signed both players but Hudson-Odoi ultimately decided to stay at Chelsea – where he is now flourishing under Rangnick-inspired Tuchel.

Speaking to Sky, he said: “I met the boy two or three years ago together with his family and his agent when we were highly interested in him for Leipzig.

“In the end, we couldn’t convince him to join us he instead renewed his contract with Chelsea at the time.”

He later added: “Callum, coming back from his ACL operation, he will become one of the top talents in England.

“It’ll be interesting to see what happens with him in the future.”

Rangnick did manage to get his hands on the Arsenal star – who has managed four goals, two assists and a senior England debut already this term.

Smith Rowe spent the second half of the 2018/19 campaign on loan with Leipzig and made a huge impression despite being hampered by injuries.

“Emile Smith Rowe will more than likely be in the squad for the first time. He’s trained all week and gives us another option”, Rangnick said in April 2019.

“He’s shown in training why we took him on loan. He’s got a brilliant mixture of good physique, speed and an unbelievably good shooting technique.

“If the game allows it, it’s possible that we’ll bring him on.”

Rangnick revealed at the end of the season that he tried to sign Smith Rowe on loan again before the youngster later joined Huddersfield in January 2020.

Rangnick may be relishing the prospect of overseeing Sancho’s development but it seems his thoughts on his United teammate are very different.

Asked to identify where the Red Devils could strengthen last year, he said a new left-back was required.

“I know they have Luke Shaw but I’m not so sure if he’s still on the same level that you need to be for a club like Manchester United.”

This was said before Shaw set about proving any doubters wrong. He had a superb 2020/21 season that saw him earn a place as starting left-back for England in their march towards the Euro 2020 final. However, he has struggled to replicate his impressive stats this term.