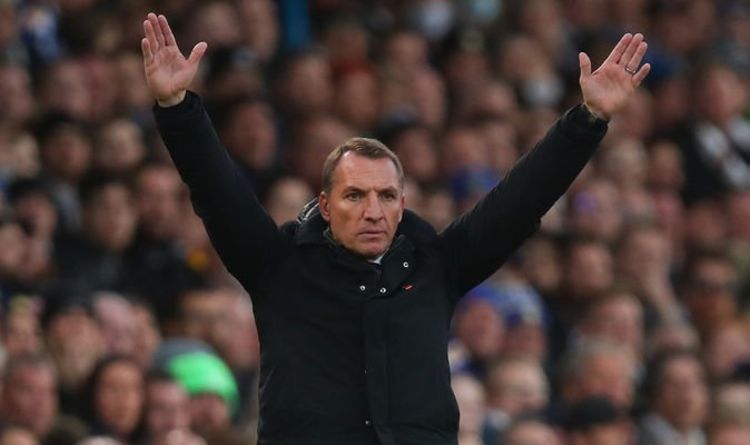 Rodgers has been linked with United in recent weeks, with Solskjaer struggling to reverse the Red Devils’ fortunes.

And the Norwegian was finally put out of his misery as he was given his marching orders after United chiefs held an emergency meeting on Saturday evening.

Rodgers is currently among the favourites to take over at Old Trafford and felt compelled to speak to his players to put their minds at ease.

“I spoke to the leadership group because I hear little bits and pieces and it just stabilises everything,” Rodgers said.

“You guys [the media] understand how gossip arises and I don’t even think about it to be honest – but I understand it may have a bearing for other people.

Leicester have also won just one of their opening four Europa League games this campaign and are in danger of enduring a bitterly disappointing season if Rodgers can’t turn things around quickly.

United have apparently compiled a shortlist of potential candidates to take over from Solskjaer.

Zinedine Zidane is believed to be the club’s preferred option, with the likes of Erik ten Hag, Ralf Rangnick and Luis Enrique also thought to be in the running.

Michael Carrick has stepped up to oversee United’s forthcoming matches and the club are hoping to appoint a new boss to take them up to the end of the current season.

“Ole will always be a legend at Manchester United and it is with regret that we have reached this difficult decision,” read a club statement from the Red Devils on Sunday morning.

“While the past few weeks have been disappointing, they should not obscure all the work he has done over the past three years to rebuild the foundations for long-term success.”