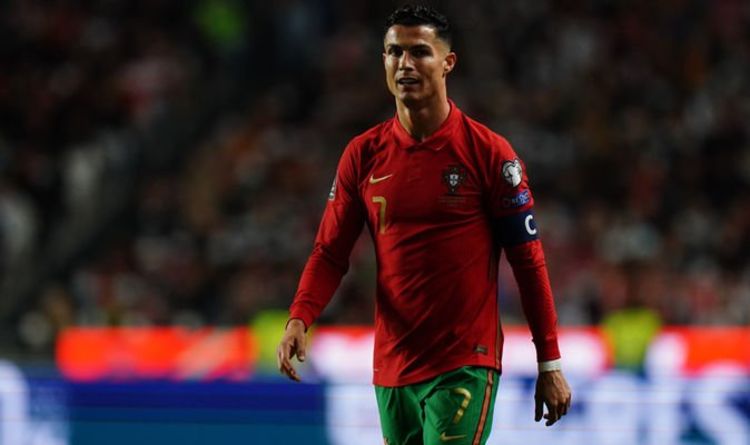 Manchester United forward Cristiano Ronaldo has broken his silence after Portugal failed to secure automatic qualification for next year’s Qatar World Cup. Portugal were defeated 2-1 by Serbia on Sunday and will now face a play-off to cement their place in the tournament.

Portugal topped their World Cup qualifying group on goal difference going into the final round of games and were level on points with Sunday’s opponents.

And Fernando Santos’ side got off to a dream start as Renato Sanches fired home two minutes into the encounter after Nemanja Gudelj had been dispossessed by Bernardo Silva.

But former Southampton forward Dusan Tadic pulled Serbia level in Lisbon when his effort from the edge of the box squirmed through Rui Patricio’s hands.

Portugal kept the visitors at bay in the second period and appeared to have one foot in the World Cup with the match entering its closing stages.

But Fulham striker Aleksandar Mitrovic had other ideas and rose to glance a header past Patricio and into the corner of the net amid rapturous scenes from his team-mates.

Twelve teams will take their place at the play-offs, but only three teams will advance to next winter’s tournament.

Eight countries have already qualified for the play-offs, with the other four places set to be confirmed after the final matches have been played on Monday and Tuesday night.

The likes of Sweden, Wales and Scotland will line-up alongside Portugal, while giants Italy and the Netherlands could join them if results don’t go their way this week.