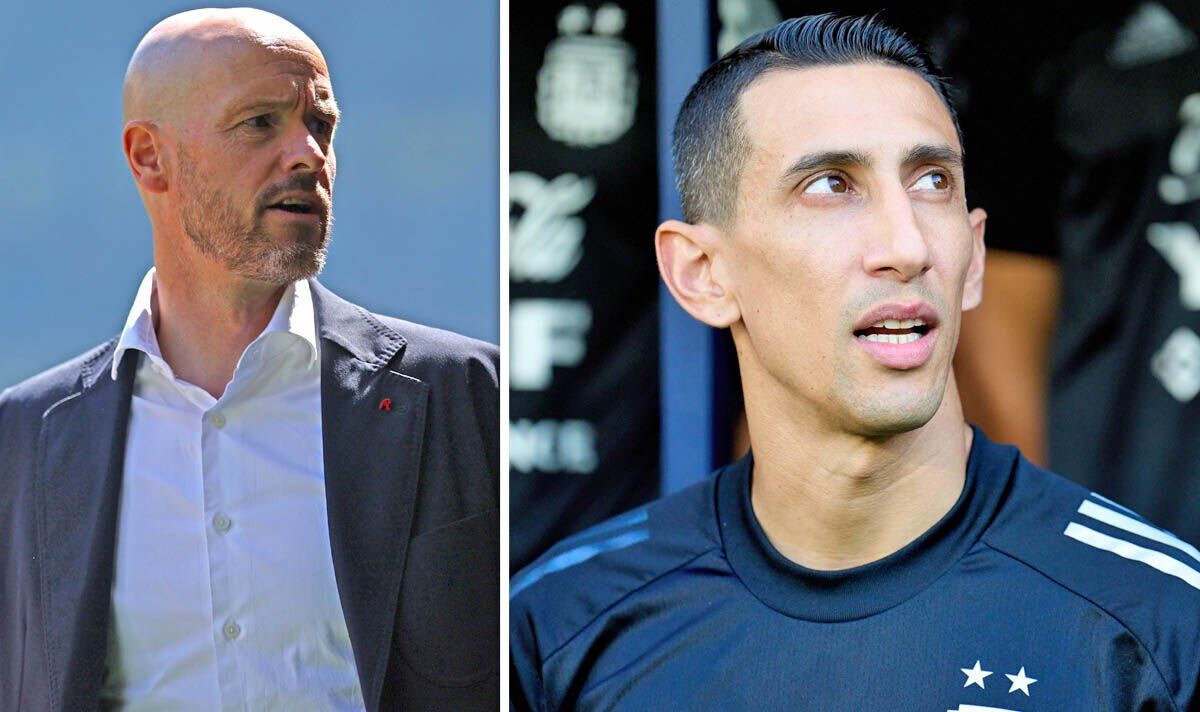 Manchester United signed Angel Di Maria in 2014 when the Argentina international didn’t actually want to come. And, now, history could be about to repeat itself when it comes to Frenkie de Jong. The Barcelona star has often spoken about how happy he is at the Nou Camp and, if he does end up moving to Old Trafford, it’s possible that transfer will mean more harm than good.

Manchester United, in the summer of 2014, decided to splash the cash for Louis van Gaal.

But the biggest deal of the summer was Di Maria, with the South American moving to United from Real Madrid.

It was a substantial coup and, at first, looked a shrewd move.

Di Maria initially sparkled in the Premier League, with a chip against Leicester in a 4-2 defeat particularly memorable.

But his form regressed over the course of the season and, after just a year in England, he was gone.

Di Maria refused to board United’s flight for their pre-season tour that summer, with Paris Saint-Germain then swooping in to seal a £42million deal.

Later, he’d admit he never wanted to come to Old Trafford in the first place – with circumstances at the time forcing him to make the move.

“I don’t really know what happened on the inside of the deal – these are things that representatives deal with. It happens in football.

“My move to PSG could have happened before this summer but it didn’t for financial reasons and I ended up going to United.

“In the summer I had the chance to go there again and I could not say no.”

Di Maria’s wife, Jorgelina Cardoso, then conceded two years ago that she didn’t want to go to Manchester either.

“I didn’t want to go to Manchester because at that moment in time, I was friends with Gianinna Maradona, who was married to Sergio Aguero, and we flew from Madrid to his house in Manchester to pay him a visit for two or three days when Angel had a few days off at Real Madrid,” she said at the time.

“It was horrible! All of it was horrible, we went to the house and we were like, ‘See you later guys, we’re out of here’.

“When we left, I said to him, ‘Go to any country – except England!

“Anyway, one year later and there we were in England and it was horrible.

“I didn’t like anything about it, not a thing.

THINK YOU KNOW SPORT? Test your sporting knowledge with our tricky quiz

“The women are all skinny, prim and proper… weird. You’re walking down the street and you don’t know if they’re going to kill you or what.

“The food’s disgusting. All the girls are all dolled up to the nines, perfectly made-up and there’s me with my hair in a bun and with no make-up on.

“I remember Angel coming up and saying, ‘An offer from Manchester United has come in. Maybe we’ll be a little more financially secure.’

“There was a lot of money involved, and afterwards, the Spanish were calling us money grabbers. And they were right! If you are working for a company and the competition comes along and offers to pay you double, you take it!”

Now, it’s feasible United could be about to fall into a similar trap with De Jong.

Yes, there’s been talk of the midfielder ‘being persuaded’ to join the club this summer.

But it’s also true that United have had to battle against the tide in order to show him his future lies at Old Trafford.

Just earlier this week, De Jong insisted he was ‘at the best club in the world’ in Barcelona.

And the only reason his exit is on the table is simply because of the La Liga giants’ needs to get their finances in check.

And he’s also played under Erik ten Hag before, with the duo striking up a strong rapport over at Ajax.

But, still, it seems like United are having to do persuading – which is something Manchester City and Liverpool didn’t have to do to such a big extent with Erling Haaland and Darwin Nunez.

Whether they’re able to get the De Jong deal over the line remains to be seen.

Yet, if they do, they’ll be hopeful they’re onto a winner – instead of another flop like Di Maria was.