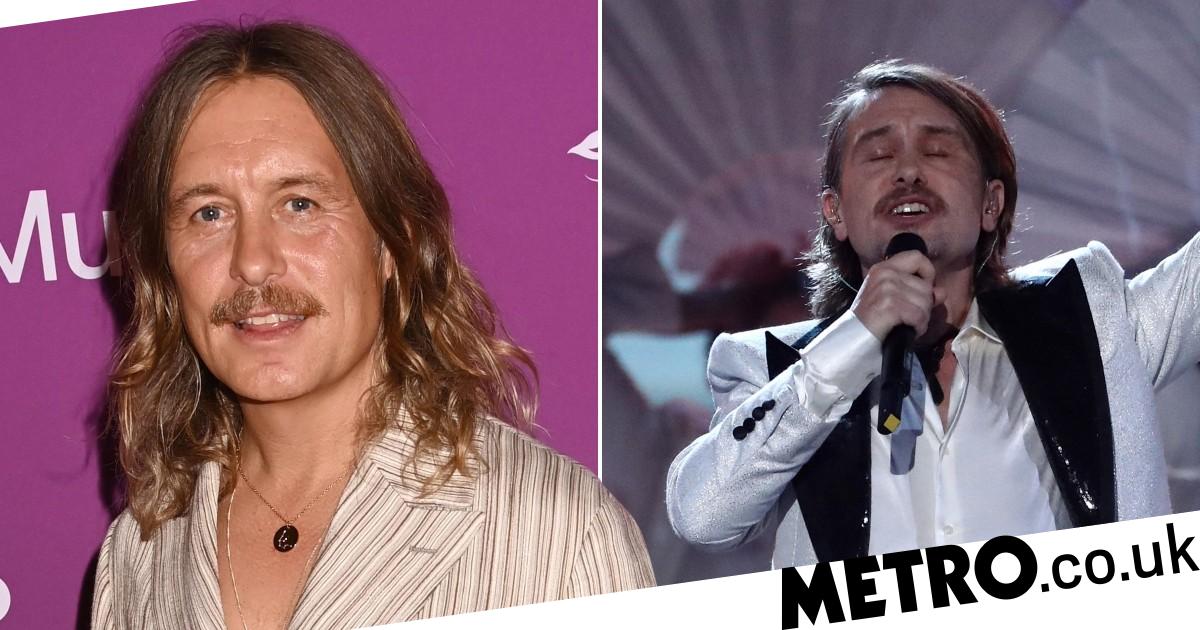 Mark Owen has been giving fans a taster of his long-awaited (since 2013, to be precise) next solo album, Land Of Dreams, with some new tracks, and Isle Of Wight Festival-goers are going to get even more new material.

The Take That star, 50, will be taking the Big Top stage on Saturday where fans will be treated to some old classics, lead single You Only Want Me from the new album, as well as an unheard track called Rio.

He told Metro.co.uk: ‘We’re playing a new song called Rio which I’m looking forward to. It was one of the first songs that shaped this record really, it’s the first one that felt like it was the direction I wanted to go in.

Mark explained: ‘For me, when we’re doing festivals, I know that probably some of the audience don’t know all the songs that you’ve done so, genuinely, we try to play the songs that hopefully people know and can enjoy.

‘I know when I when I go to watch shows, like I was at Coachella this year, you can tell when they’re playing to the audience. So we’re doing Four Minute Warning and we’ve got a couple of the Take That songs in there as well as some of the new record, and hopefully it’ll be a nice set of songs. I think we’ve got a good mix – it feels good.’

With Land Of Dreams set to drop on September 23, fans will get to hear some very special featured artists on the record – Mark’s daughters, Willow, 13, and Fox, nine.

He revealed: ‘Both my girls are on it – my boy [Elwood, 15] didn’t really want to do it. He’s into his skateboarding and every time I’d say “Do you want to come down?”, I wasn’t top of his priority list! Skateboarding is top of his list – I probably come in at about fourth or fifth on his list of priorities in a day.

‘It’s really nice having the girls on there. When I hear those songs, it really makes me smile, so I’m really pleased.’

With a pop legend as a dad, will any of Mark’s kids be following him into the world of music? He admitted: ‘I don’t really know if they’ll want to do music.

‘I mean, your ideas change so much when you’re that age but they sing really well, they’ve got great voices. It’s like a competition of who can sing the loudest in our house and then my son’s usually rapping in his room.

‘Though my youngest keeps telling me she actually wants to be a biologist.’

While Mark’s kids are aware of what their pops does for a living, the impact of Take That might not have sunk in just yet.

He joked: ‘I try to tell them! They’re aware of what I’ve done and they’ve always been along to the shows that we’ve been doing over the years while they’ve been growing up.

‘We’re quite theatrical so they remember those things – my boy was happiest when we did Progress and we had the big robots. He really loved the big robot that we had – he thought it was really cool.’

Take That were also known for doing some pretty epic photoshoots over the years – and that’s something that Mark’s used to his advantage when it comes to fashion choices for his kids.

‘Now and again, somebody will come and flash an old picture of me wearing a crop top or something!’, Mark revealed.

‘The crop tops came back a few years ago and when the girls were trying to convince me that they should have one, I showed them a picture of dad in his crop top. I think I put them off! I think I might have put them off crop tops.’

While they may have left their crop tops in the 90s, there’s more to come from Mark, Howard Donald and Gary Barlow.

He revealed: ‘We’ve got The Greatest Day movie out next year, which we’re all pretty excited about. I saw the lads last week and we’ve talked about finding some time to get in the studio and start writing and ideas as to what a record would look like in the future, when we do go back into it. It’s being discussed, I think we’d definitely like to do some more stuff.

‘But it’s always great to see them – I can’t wait to go in the studio and start writing some stuff, and then we’ll just see how that goes. I think over the next year or two, we’ll hopefully make a new record and then talk about getting back out on the road. It’s always nice to catch up with your old mates.

‘Obviously, we all love what we love what we’re doing and it’s been a while now – I think it was 2019 when we last performed as Take That, so that’s a long time in our world.

‘We’ll have to oil up the knees and get them all working again!’

Mark Owen is performing at Isle Of Wight Festival on Saturday and his new album, Land Of Dreams, will be released on September 23.


MORE : Tom Hanks all smiles on Late Late Show after telling crowd to ‘back the f**k off’ in New York