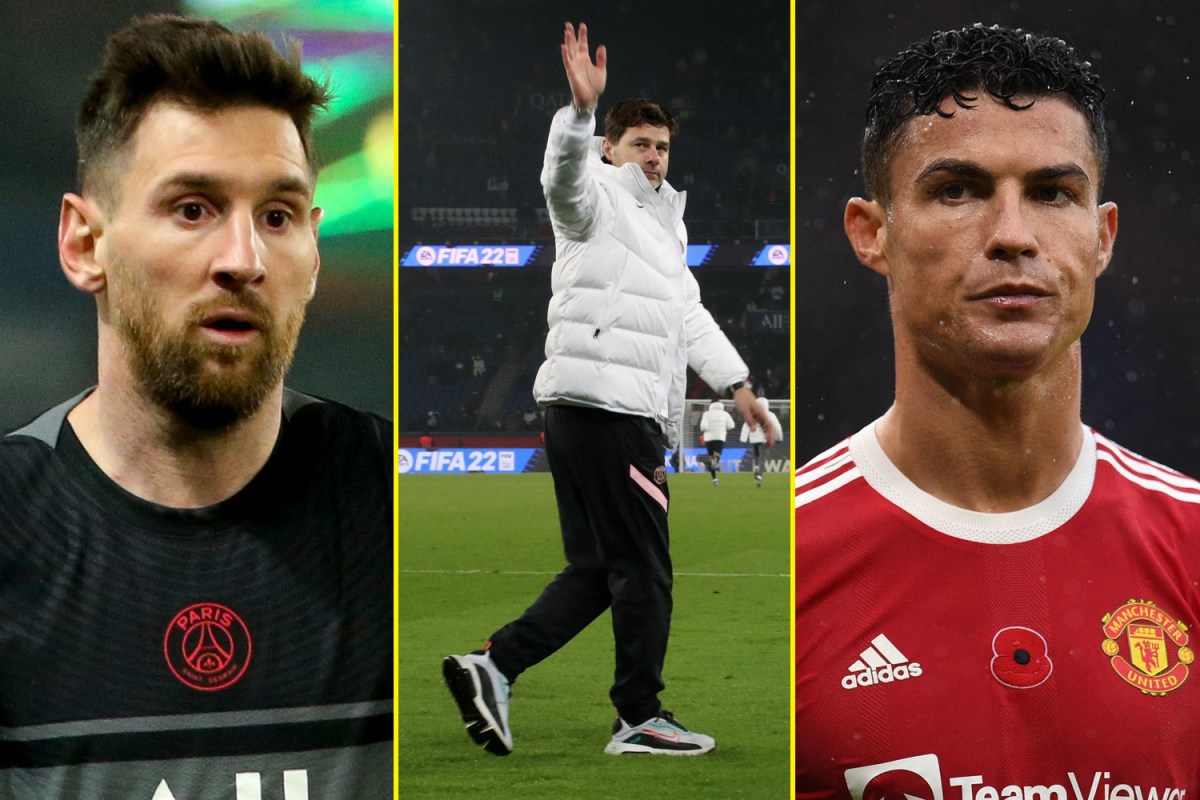 The Cristiano Ronaldo vs Lionel Messi debate is one that’s dominated the football landscape for many years, but very few have inside knowledge of both players.

The pair have shot their way to the top of the ‘greatest of all time’ conversation and no matter who you are, everyone has a preference.

Some marvel at the machine-like athletic relentlessness of Ronaldo’s out-and-out goalscoring, while others are enticed by Messi’s God-given wizardry with the ball at his feet.

Even with Messi’s recent move to PSG, there’s still a limited pool of talent to have worked with both stars, often restricted to Argentine internationals such as Angel Di Maria and Gonzalo Higuain.

The list of managers to work with both is non-existent, but that may soon change.

talkSPORT sources understand that Mauricio Pocettino is Sir Alex Ferguson’s top candidate to replace Ole Gunnar Solskjaer at Manchester United, and the former Spurs boss is understood to be keen on the move.

A sensational Premier League return for Pochettino would see him trade in managing Messi to become Ronaldo’s new boss in Manchester.

Ronaldo was reportedly ‘flabbergasted’ by Solskjaer’s management since returning to Old Trafford in the summer.

And while he may be pleased to see the back of the Norwegian, he might not be overjoyed about his potential replacement.

Pochettino was asked to compare the two modern greats and didn’t mince his words when he gave his countryman his backing in 2015.

“Messi is this type of player, for me the best in the world today, better than Cristiano Ronaldo and he can decide a game,” he said.

“[Diego] Maradona, for my generation, is always a very special player. When I was a child Maradona was like a god.

“It is difficult in your mind to change your view and say Messi is better or Ronaldo is better, but right now Messi is the best in the world.

“And if I didn’t coach Messi, I would still say Messi. I answer with my heart. I always say what I feel.

“On the podium with him would have to be [Robert] Lewandowski and Cristiano.”

Pochettino has doubled down on his Messi backing since taking over at PSG saying after Messi scored his first goal for the club: “He is the best player in the world, there is no doubt.”

That might come as slightly painful hearing for Ronaldo, who undoubtedly pits himself against the Argentine in his pursuit to become football’s best ever player.

However, it’s not all bad news, with Pochettino incredibly complimentary about Ronaldo before his Tottenham side faced Real Madrid back in 2017.

“He’s a phenomenon,” Pochettino said. “He has been awarded ‘The Best’ [FIFA award] and the truth is that he deserves it.

“In addition to his qualities as a professional, he is an example.

“He never tires of repeating that the secret is to work hard, to strive, to take care of himself. Every player should apply it.”

United fans will be desperately hoping that Pchettino doesn’t have to rely on Ronaldo’s professionalism as much as Solskjaer did, should he rock up at Old Trafford.

But equally important could be Ronaldo’s willingness to let bygones be bygones, after finding out his potential new coach dealt him the biggest of blows to his ego.