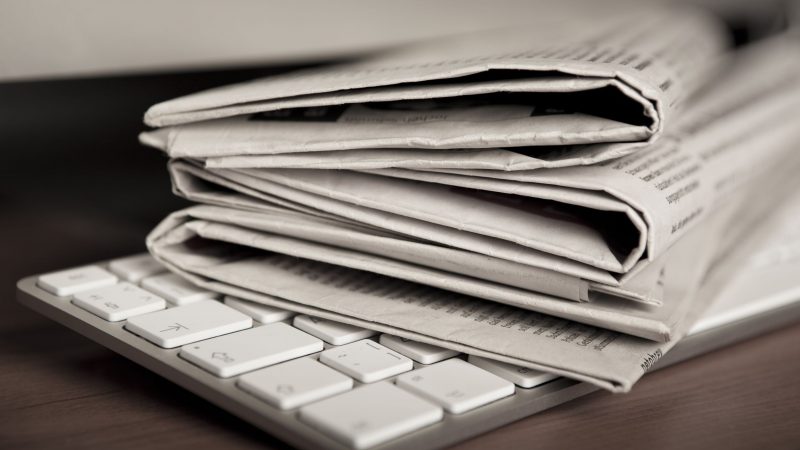 An attempt to exempt the media from new content moderation rules has been ruled out following opposition from all major political groups, but the battle is not over.

Christel Schaldemose, the EU lawmaker leading the negotiations on the Digital Services Act (DSA), found herself isolated on the matter at a meeting on Tuesday (23 November) with other Parliament negotiators.

The media exemption is now off the table after that all political groups opposed the measures, except Schaldemose’s own social-democrats and representatives of the European Parliament’s committees for legal affairs (JURI) and culture (CULT).

The proposal come up in the late summer following a push from France’s ministry of culture which briefed French MEPs on the need to prevent platforms from jeopardizing the freedom of the press. The measures  entered the DSA policy discussions via the CULT committee’s opinion on the file.

For Angela Mills Wade, executive director of the European Publishers Council, the DSA “does not take into account the power that platforms wield over lawful content disseminated over their networks which is under the editorial control and legal liability of press publishers (or broadcasters).”

Mills Wade stressed that the media sector is legally liable for what they publish, therefore it should not be subject to the editorial control of online platforms that unilaterally decide their terms and conditions.

The media, disinformation and the DSA

The passage of an amendment to the proposed Digital Services Act (DSA) has stirred debate between the media sector and those working in anti-disinformation fields.

The proposal was, however, met with strong opposition by the disinformation community, which considered it a dangerous loophole. Critics noted that it might take several weeks for content to be ruled illegal, too slow in the fast-moving digital sphere.

“Inserting a media exemption in the DSA is equivalent to cancelling much of the progress against fighting disinformation in the past years,” Alexandre Alaphilippe, executive director at EU DisinfoLab, told EURACTIV.

The European Commission also did not hide its opposition to the proposal, with Vice-President Věra Jourová defining it as one of those “good intentions leading to hell.”

“It could weaken the accountability regarding the spread of disinformation which the DSA seeks to establish,” a Commission spokesperson told EURACTIV.

The main concern is specifically around media outlets that purposely spread disinformation or state propaganda. For instance, the recent banning from YouTube of Russian-state broadcaster RT for spreading disinformation over the COVID pandemic would not be possible under an exemption.

Fear that the proposal would open the door to foreign interference was behind France’s U-turn on the matter, following growing resistance from the ministries of foreign affairs and defence.

Russia is threatening to retaliate against German media and Youtube after the latter permanently deleted the account of the German offshoot of Russia Today (RT) for repeatedly breaking community guidelines on disinformation.  EURACTIV Germany reports.

While the media exemption has been rejected in the committee discussions, there are chances it might be tabled in as an amendment by the CULT committee ahead of the plenary vote.

The media sector is also looking to other lawmakers as it seeks to rebalance the power relations with online platforms.

“There is a lot of last-minute lobbying going on behind the scenes,” a source informed on the matter told EURACTIV, adding that “attention is turning to the Council, and especially, the German government.”

Back in October, the German Permanent Representation to the EU circulated to MEPs a compromise text on the media exemption. The proposal required that online platforms that intended to remove media content breaching their terms and conditions would first need to notify the relevant outlets and hear their reasoning.

“The fact that the German PermRep could even share such a text means that an inter-ministerial position was developed in Berlin, which for anyone who knows about how the German government functions is no mean feat,” the source added, interpreting this as “a sign that they were going to play the long game on this one.”

A representative of the German Permanent Representation was not readily available for comment.

Germany might not be alone in this position, as Nordic countries are traditionally receptive to the freedom of expression argument.

Nonetheless, efforts from the media sector to assert control on their online content is not limited to the DSA, as shown by a recent joint statement on the DSA’s sister proposal, the Digital Markets Act (DMA).

The initiative by Denmark, Italy, Portugal and Spain asked for the obligations to provide fair, reasonable and non-discriminatory access to be extended to search engines and social media.

An EU diplomatic source told EURACTIV the statement was the result of lobbying from publishers, adding that the “DMA shouldn’t create a must-carry rule for journalistic content by some platforms.”

EPC’s Mills Wade labelled that argument as a red-herring, stressing that must-carry obligations are a separate matter.

“There are at least nine competition cases, which all show quite clearly there are serious problems with how business users like publishers gain access to search and social networks on non-discriminatory terms,” Mills Wade added.