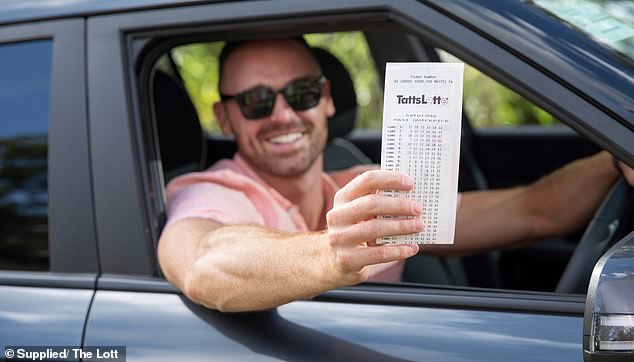 A lucky punter has promised to throw his mates the party of a lifetime after winning more than $587,000 in the lotto.

The man from Cranbourne East in Melbourne’s south-east had one of 10 division one winning entries in the TattsLotto draw on Saturday night.

He said he planned on breaking the news to his friends at a ‘big party’ at his home this weekend.

A lucky punter has promised to throw his mates the party of a lifetime after winning more than $587,000 in the lotto (file image)

‘I called my family straight after and shared the news with them,’ he said. ‘They were very happy for me and rushed straight over to celebrate.’

‘We ordered some takeaway from our favourite restaurant and sat up talking about the win.

‘This weekend, I am going to take all my friends out for a nice dinner, or maybe I’ll have a big party at home, and I will break the news to them then.’

He said he also planned to pay off his mortgage and then buy himself a car.

‘The rest I will save for the future,’ he said.

The man said he bought his ticket online from thelott.com.

The 10 division one winning entries across Australia on Saturday included four from Victoria, three from Western Australia, two from Queensland and one from NSW.