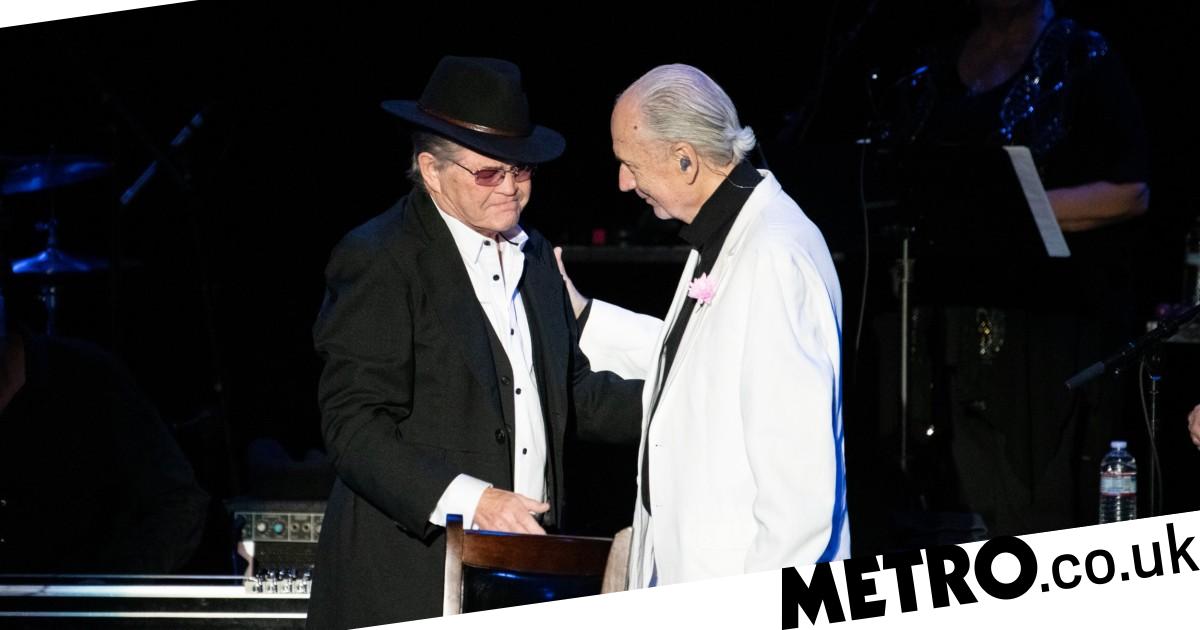 Micky Dolenz is among the thousands paying tribute to The Monkees star Michael Nesmith following the news of his death.

The singer-songwriter died on Friday, 10 December, at the age of 78.

Nesmith’s family confirmed the sad news in a statement to Rolling Stone, saying that he had died ‘peacefully’ of natural causes ‘surrounded by family’.

They asked for privacy and thanked fans and colleagues ‘for the love and light that all of you have shown him and us’.

Tributes have been flooding in for the prominent musician, whose incredible career inspired countless artists.

Bandmate Micky Dolenz – now the last living member of The Monkees – has said he is ‘heartbroken’ over his friend’s passing.

‘I’m so grateful that we could spend the last couple of months together doing what we loved best – singing, laughing, and doing shtick.

I’ll miss it all so much. Especially the shtick. Rest in peace, Nez. All my love, Mick.’

As part of the tribute, Patton shared a video of Nesmith’s music video Cruisin’.

Fellow singer-songwriter and major fan Grey DeLisle-Griffin shared a black and white video of herself singing a stripped-back version of The Monkees’ Different Drum, alongside a tribute.

She said Nesmith was ‘one of my favourite songwriters of all time’.

Broadcaster Iain Lee issued several heartbroken comments on Twitter, referring to him as ‘Papa Nez’ and saying he ‘was so proud to have worked with Nesmith’ in the past, calling his work ‘a masterpiece’.

Musician Steven Page said Nesmith was ‘one of the all-time greatest’, while Lloyd Cole called him a ‘pop icon’.

US comedian Neil Hamburger, offering his condolences, called Nesmith ‘a great songwriter and singer, a true American original, and a very funny guy’.

He added: ‘And his final performances were truly mesmerizing.’

Arrested Development producer John Levenstein recalled working with Nesmith, writing: ‘He was my first boss. I was young and insubordinate. He was bemused and patient.

‘Later we became great friends. He had no fear of death.’

From 1966 to 1968, Nesmith co-starred on the TV series The Monkees, which aired on NBC for two seasons, a comedy that followed the four members of the band as they tried to make it big.

The Monkees ended up remaining active as a band throughout the decades, releasing reunion albums and taking part in tours over the years.

Nesmith led a varied career, founding a multimedia company which provided the prototype for MTV, in addition to working as a producer on a number of films.

And in 1981, he won the first ever Grammy awarded for Video of the Year for his hour-long TV show Elephant Parts.

In 2018, Nesmith revealed to Rolling Stone that he underwent quadruple bypass heart surgery, having backed out of a few tour dates with Monkees singer and drummer Micky Dolenz that year.