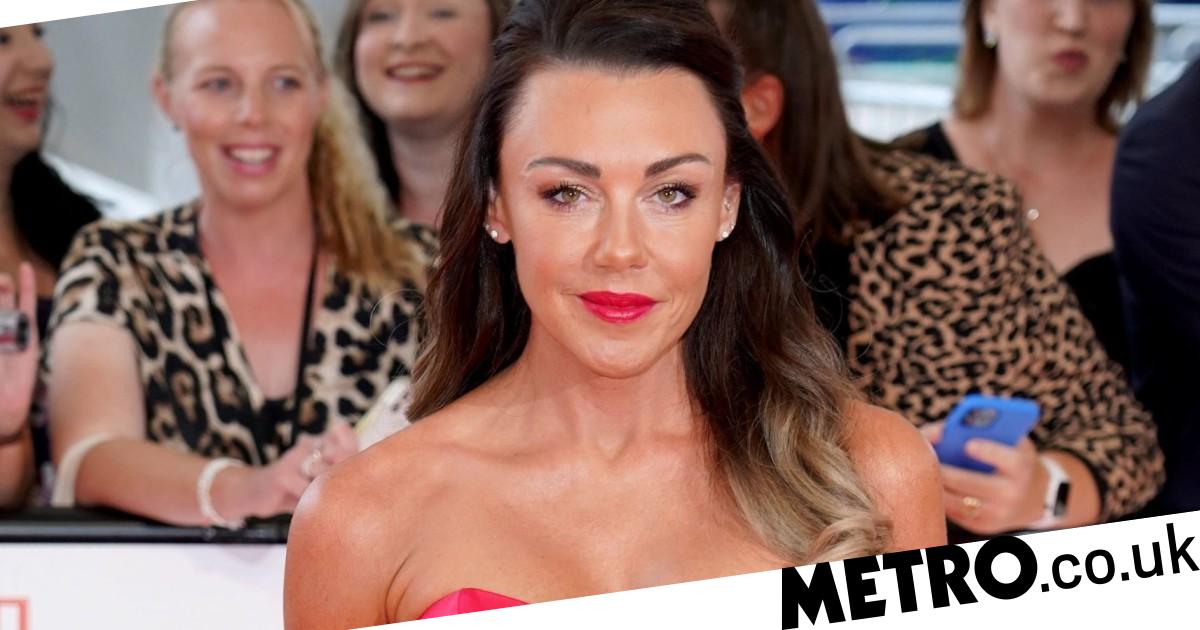 Michelle Heaton has revealed that her breast implants may have ruptured a decade after undergoing a mastectomy and reconstruction, as she opens up having another operation.

In 2012, the former Liberty X singer discovered that she had an increased risk of developing breast cancer and ovarian cancer after being diagnosed with a mutated BRCA2 gene.

She underwent a double mastectomy in 2012, before undergoing a hysterectomy and oophorectomy three years later.

In a new Instagram post, the 42-year-old explained that some fans expressed concern over her breast implants after seeing photos of her in OK magazine.

Expressing her gratitude to the ‘hundreds of comments drawing my attention to it’, Michelle said that she has since seen a doctor, adding: ‘And yes it does look as if one or both my implants have ruptured’.

‘It’s coming up for 10 years since I had the double mastectomy – and reconstruction which, of course, I had cos I there was an 85% of getting breast cancer in my ‘30’s due to the BRCA gene I have [sic],’ she wrote.

The mum-of-two said that while she often ‘preaches about self care’, she didn’t realise that ‘anything was wrong’ because she has ‘no feeling in my breasts at all’.

However, she said that while looking at the photos from the shoot, she noticed that ‘something in their structure and appearance had changed’.

Michelle sought guidance from a doctor after asking a friend for their advice, revealing that she’s now on a waiting list to see a specialist.

‘The wonderful NHS doctors are incredibly busy right now of course so I wait my turn like everyone else,’ the musician said.

‘My GP did say, it does look like I’m going to have to have reconstruction soon, which of course means another operation. To which I’m obviously not looking forward to. But, I’m facing this one sober and I know I’ll come through it again stronger. I’m a fighter after all….’

The TV personality also added people on social media to refrain from sharing ‘any cruel comments’ about her breasts, as the derogatory messages ‘are not nice to read’.

‘I am so pleased you got checked. You are doing the right thing sending love,’ one fan said, while another commented: ‘You are amazing. Why are people unkind? No need for it. Wishing you all the best xx.’

How should you check your breasts for lumps or irregularities?

Discussing the importance of being breast aware, Addie Mitchell, Clinical Nurse Specialist at Breast Cancer Care, wants women to know there is no right or wrong way to check your breasts.

‘It’s about looking and feeling regularly so any changes can be spotted quickly,’ she said. ‘The sooner breast cancer is diagnosed, the more effective treatment may be.

‘Whatever your age, being aware of all the signs and symptoms of breast cancer is crucial – it’s not just a lump to look out for. Other changes could be a nipple becoming inverted or a change in texture of the skin.

‘While most symptoms won’t mean breast cancer, if you notice anything unusual for you get it checked out by your GP.

‘Anyone with questions can call Breast Cancer Care’s nurses free on 0808 800 6000 or visit breastcancercare.org.uk.’