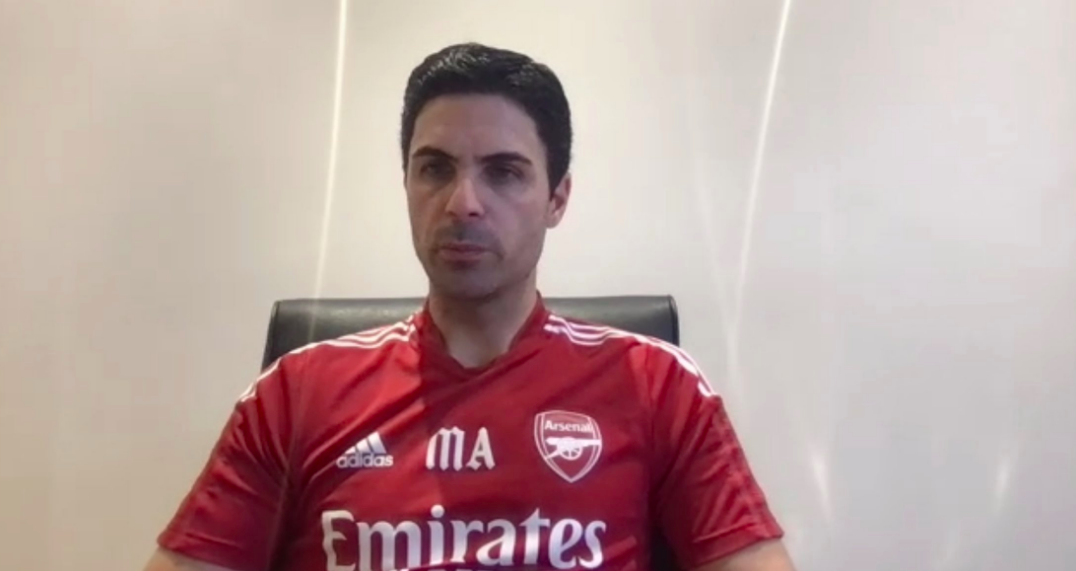 Mikel Arteta insisted it will be ‘strange’ watching his Arsenal side from the comfort of his home, but is fully confident his assistant Albert Stuivenberg will be a more than capable deputy as he recovers from COVID-19.

The Gunners take on Manchester City in the early Premier League kick off on Saturday, which you can follow live on talkSPORT from 12.30pm.

The Spaniard will not be present for his side’s clash against City after he contracted COVID-19.

Dutchman Stuivenberg will be in charge as Arteta is limited to a watching brief.

Asked how he will be watching the game against his former club, Arteta replied: “It will be very strange.

“I will need a big room so I can walk and move a little bit, because I won’t be able to stand on my sofa!

“It is a big, big game for us and it is a very frustrating thing to not be able to be there helping the team.

“But I will do my best from here, with everything that I can do, and we have prepared for every scenario possible and they know what we have to do.

“Then it will be up to the players to execute as much as possible what we have to do tomorrow.

“I never experienced what I’m experiencing tomorrow, but it is what it is.

“It is not going to be easy to feel frustrated and with a lack of options because obviously I’ve not been in training sessions, not been able to prepare things like you want, to pass a message that you want, to have the players feeling that you are next to them.

“It’s a different experience, but we have to adapt to it and we have tried to do that the best possible way to get well prepared.”

While Arteta confirmed he will be in communication with his coaching staff, he also said he wants to give them the chance to do the job for themselves as he backed Stuivenberg to deal with the role.

“I met him a few years ago through another coach. Obviously he’s a coach that I knew before because of his reputation,” he said of the Dutchman.

“We had a really good connection, we have the same belief, we see the game in the same way, we share all of the values that we believe have to be installed at the club.

“He’s someone who is very close to me and he’s more than capable. He’s done it before, so in that sense I’m very relaxed about it.

“The situation has been discussed and obviously we will have some communication.

“We will be in touch, but as well I want to give them the possibility, the responsibility and the freedom to make decisions on the pitch, to express themselves, because it’s completely different to be on that touchline and close to the players and the action than being at home.

“So I’m going to be here to support and help in certain moments, but they have to get the momentum of the game and communication with the players themselves.”

Arsenal will again be without Pierre-Emerick Aubameyang for the game as Arteta revealed they allowed him to leave early for the Africa Cup of Nations after receiving a written request from Gabon.

The January transfer window will also be open by the time Arsenal kick-off on Saturday, with Arteta confirming the aim is for the club to conduct some business.

“We’re expecting some activity,” he added.

“There are a few players, a few loans that we will have to complete, but it depends. As we all know, it is a complicated market and a short window, so we will see what happens.”