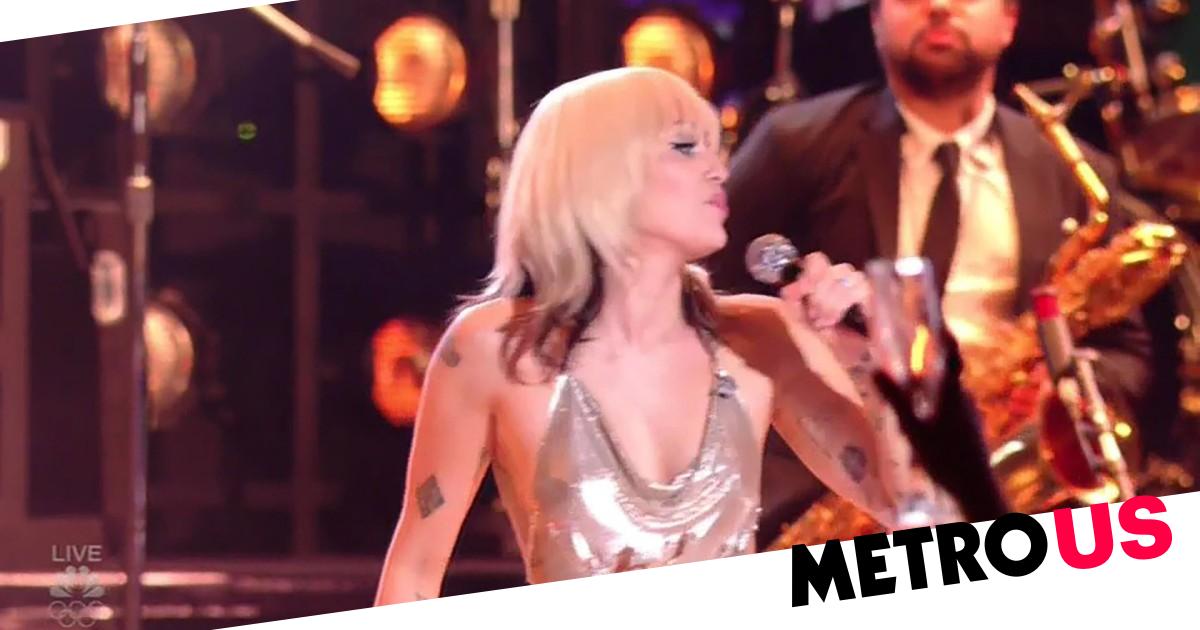 Miley Cyrus proved nothing could put her off giving a perfect performance – even her whole top falling off during her New Year’s Eve performance.

Miley was seen holding the top down with her hands as she sang Part In The U.S.A, before saying ‘Alright,’ and turning her back to the audience as the top fell off.

She then strutted to behind the stage, still singing, where she took a couple of seconds to let her backing singers take over as she did a quick change.

Miley then returned to the stage with a red blazer, which she had worn earlier in the show, covering her bare torso as she continued on with the song like a total pro.

She even joked: ‘Everybody’s definitely looking at me now,’ before quipping: ‘I’m still in the most clothes that I’ve ever worn on stage.’

Ending the show and bringing in 2022, Miley told the crowd: ‘Thank you so much, everybody, thank you. Tonight’s show was all about being flexible, rolling with the punches, and making the best out of even the worst circumstances.

‘And that resilience shouldn’t end here. Let’s bring that into the New Year with us. We’ve all learned how to expect the unexpected, and rather than see it as a problem, let’s see it as an opportunity.

‘I wish everyone here in Miami and everyone watching from home a happy and healthy 2022. Thank you for making tonight possible. You were really all that I needed to have the ultimate party.’

Miley’s New Year’s Eve Party, which was co-hosted by Pete Davidson, was filmed live in Miami and the star confirmed at the beginning fo the show that the whole crowd was vaccinated amid the surge of cases of the Omicron variant of Covid-19.