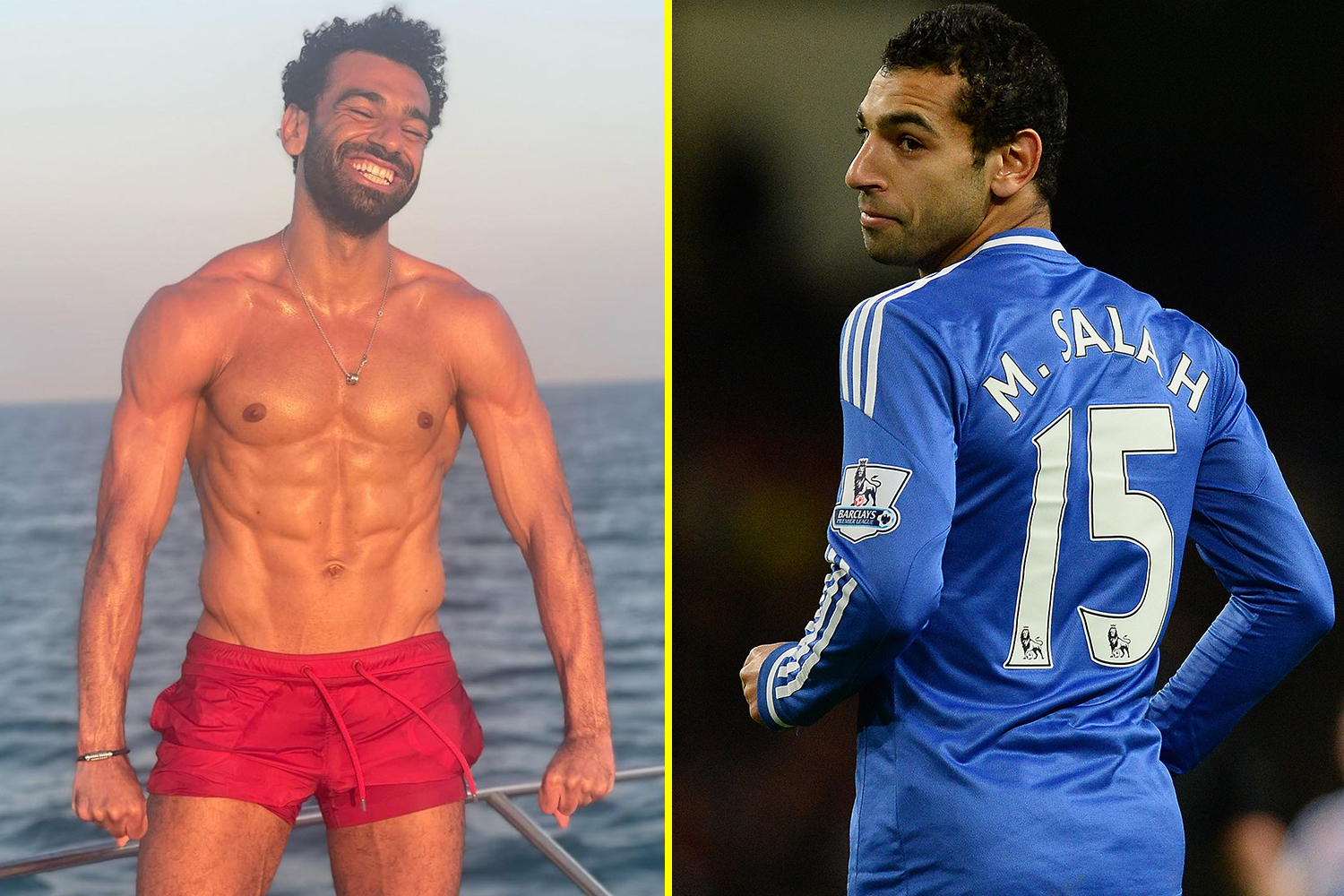 Mohamed Salah’s transformation into one of the best footballers on the planet has been an incredible journey.

The 30-year-old has been at the heart of Liverpool’s success domestically and in Europe over recent seasons.

He has been a machine in front of goal, scoring 156 times in just 254 games – winning three Premier League Golden Boots over the last five seasons.

That deadly consistency is no doubt helped by the incredible physique he has developed that makes him one of the most ripped athletes around and, presumably incredibly tough to knock off the ball.

Salah posted some holiday pictures showing just how amazing his transformation has been.

It even had his Liverpool teammates impressed, with Alex Oxlade-Chamberlain joking: “I’m off to the gym! 😏😤😂.”

He has gone from a skinny teenager who made his way through local football in Egypt to signing for Basel in Switzerland before landing an £11million move to Chelsea.

Salah’s struggles at Stamford Bridge have been well documented and was never able to get going, playing just 19 times.

Loan moves to Fiorentina and Roma followed, before joining the latter permanently in 2016.

He started showing his goalscoring prowess in Serie A, but he did not turn into a monster until a move to Liverpool in 2017.

Salah has missed just 10 Premier League games over the last five seasons, quickly firing himself into the ‘100 club’.

The forward has achieved greatness, in part, due to his strict diet and rigorous exercise plan, which includes 3am workouts during Ramadan.

Speaking of his diet, Salah told CNN: “Nutrition is so important, it’s part of the game.

“It has helped with my recovery, allowed me to sleep better and helped my body adapt quickly.

“My nutritionist says that because I don’t have any fat on my body, I can eat what I want. I also don’t drink so it’s fine.”

Breakfast usually sees him eat Parathas, a puffy flatbread, with a glass of milk. He will also eat a bowl of fruit if he’s still hungry.

Salah will then load up on calories at lunch with plenty of lentils, vegetables, bread and chicken.

Dinner then usually involves soup, salad and vegetables, but he does occasionally allow himself a cheat meal of pizza.

Salah, who turned 30 in June, has a year left on his contract. He has told supporters he will still be a Liverpool player when the new season begins, but may end up joining Barcelona.

The Spanish side are one of a number of clubs linked with him, though he may decide to stay in the Premier League where he has earned a reputation as one of the finest players in the world.