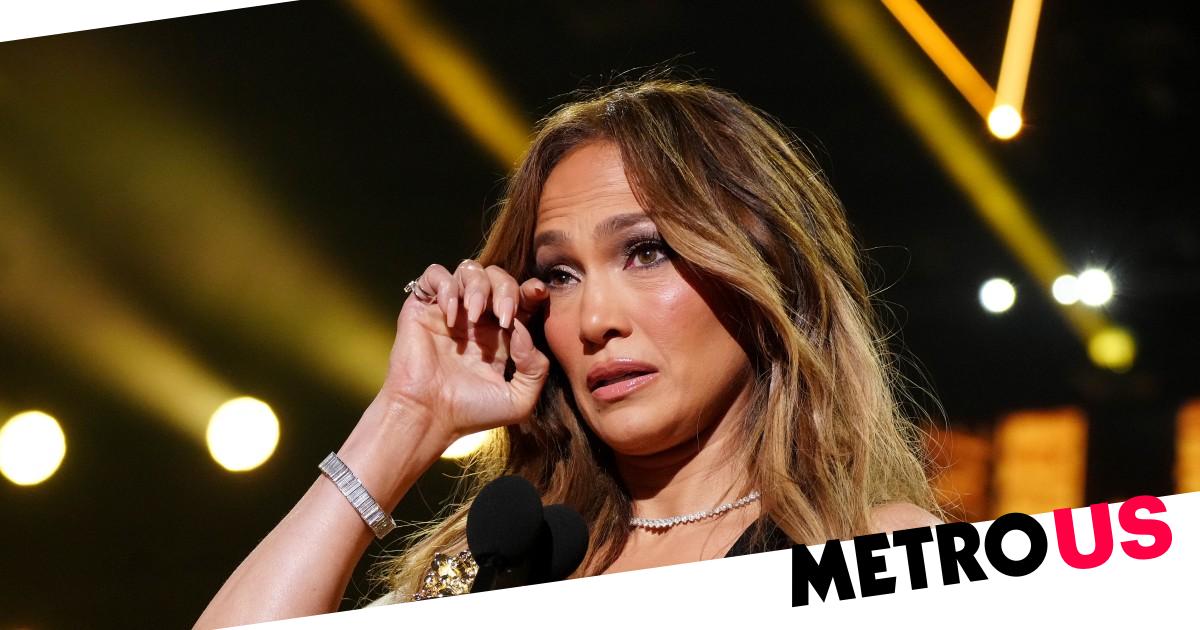 Jennifer Lopez gave a ‘different kind’ of speech as she picked up the generation award at the MTV Movie and TV Awards 2022.

The 52-year-old was celebrated on Sunday night for her incredible career from a musician to a big screen icon.

Taking to the stage at the Barker Hanger in LA, the Marry Me actress broke down while taking a moment to thank those who told her that she wouldn’t ever be successful, over the course of her life.

‘I look at those movies and I see all the wonderful people that I’ve been blessed to know and to work with,’ she told the star-studded audience. ‘You’re only as good as the people that you work with.

‘If you’re lucky, they make you better. And I have been very lucky in that regard. As an actor, I’m not any of the women that I’ve played, but there’s a part of what is deeply true to me in each one of those characters.

After thanking her long-time manager, Benny Medina, Jennifer gave a rare shout-out to fiancé Ben Affleck and her family.

‘Ben and everybody at home, wait for me to have dinner! I’ll be home at 7pm,’ she yelled before running off the stage, probably to beat the traffic and make the first course.

Not content with dominating the music charts and the box office – often at the same time – Jenny from the Block herself will be giving fans a glimpse into her private life in upcoming documentary, Halftime.

The Netflix special will premiere at Tribeca Film Festival on June 8 before landing on the streaming platform on June 14, and promises to be a rollercoaster.

A teaser for the documentary recently dropped, showing Jennifer sob after she learned that she has been snubbed for an Oscar nomination, for her role in Hustlers.

She earned rave reviews for her performance as stripper Ramona but managed to miss out on a nomination for best supporting actress at the 2020 ceremony.

Elsewhere, viewers were given an intimate look into her reunion with Ben, who also features in the special.

Halftime will be available to stream on Netflix on June 14.


MORE : MTV Movie and TV Awards 2022: Viewers fume as Jackass star ‘pecks python’ on stage after winning best kiss award: ‘I am so glad that thing did not bite me’