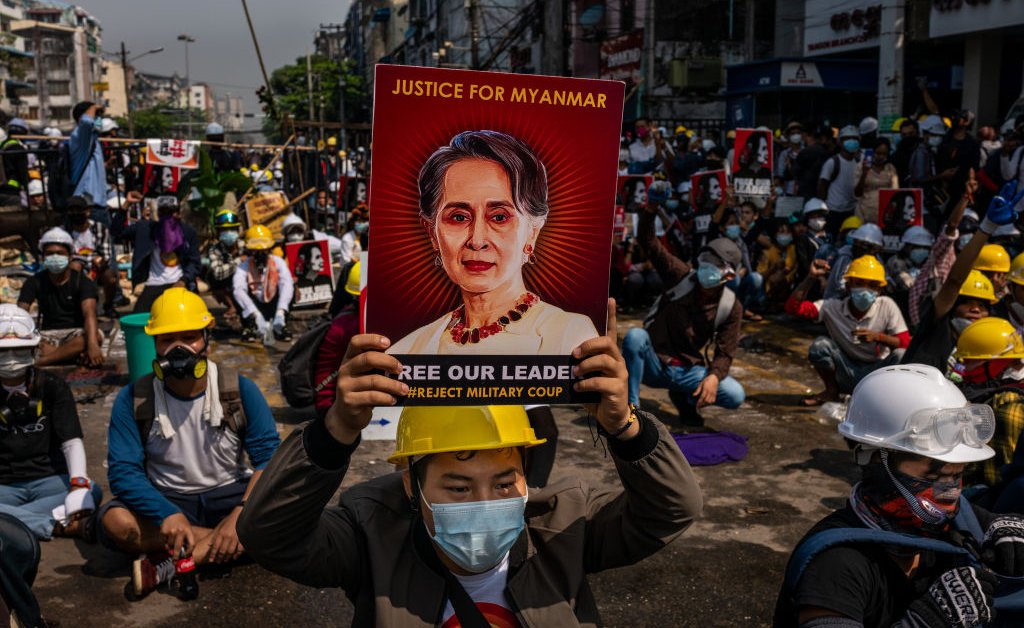 Myanmar’s former leader, Aung San Suu Kyi, was sentenced to four years in prison on Monday after she was found guilty of incitement and violating COVID-19 restrictions following a closed-door trial.

The prison term covers only the first in a series of charges, which could see Aung San Suu Kyi—who was ousted in a Feb. 1 military coup—sentenced to decades in prison by Myanmar’s coup leaders.

“No-one is fooled by today’s sentencing,” Charles Santiago, the chair of the ASEAN Parliamentarians for Human Rights (APHR), a group of liberal lawmakers from Southeast Asian nations, said in a statement after the sentencing. “Since the day of the coup, it’s been clear that the charges against Aung San Suu Kyi, and the dozens of other detained [members of parliament] have been nothing more than an excuse by the junta to justify their illegal power grab.”

Aung San Suu Kyi’s incitement charge is the result of statements posted on the NLD’s Facebook page after she was detained by the military, and the coronavirus charge related to a campaign appearance before the election.

The country’s ousted president, Win Myint, was also sentenced to four years in prison on Monday. Several other cases against Aung San Suu Kyi are now being tried, including charges over the alleged unregistered import and use of walkie-talkies by her security guards, and corruption.

Aung San Suu Kyi, who received the Nobel Peace Prize in 1991, and other members of her party were swept up in pre-dawn raids in the Feb. 1 coup, and she has been detained ever since. The military’s power grab came after Myanmar’s generals complained of fraud in the November election—although international observers did not report major voting irregularities.

At the time of the coup military, officials said they were assuming control for one year under emergency powers granted to them in the constitution, but experts warned that the coup seemed likely to undo the country’s hard-won democratic reforms. The country began a series of democratic reforms in 2011, and its fragile push for democracy had centered around Aung San Suu Kyi.

The coup was met with nationwide non-violent demonstrations, which the military has cracked down on with shocking violence. More than 1,300 people have been killed by the military, according to the organization the Assistance Association for Political Prisoners (AAPP). Opposition to military rule remains strong, and some protesters have taken up arms, joining ethnic minority militias, which have long fought the military.

On Sunday, at least three people were reportedly killed in Yangon, Myanmar’s largest city, when a military vehicle plowed into a march of peaceful protesters.