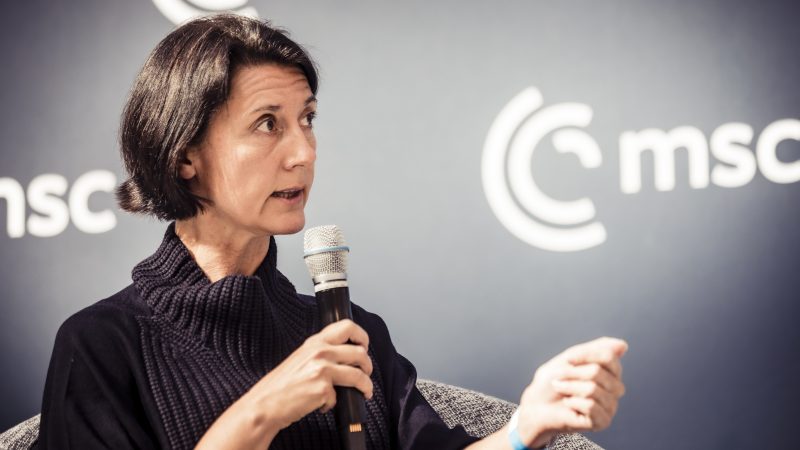 NATO membership in the near future is not possible for Georgia and Ukraine, and the alternative – arming Ukraine – is a tricky issue, ECFR expert Kadri Liik told EURACTIV in an interview.

Kadri Liik is a senior policy fellow with the European Council of Foreign Relations (ECFR).

In your view, what are the consequences of the current crisis, initiated by Moscow, especially for those you Eastern European states that are aspiring to join NATO, like Ukraine and Georgia?

I think it has been widely realised that NATO membership in the near future is not possible for Georgia and Ukraine. The process has been de facto frozen ever since the [Russo-Georgian] war in 2008. Now, Moscow wants to formalise it. Their demand is that Ukraine must never ever become a member of NATO. I do not see how the West can agree to that, to spelling it out like this. That said, I think de facto the issue is not in the agenda, and is unlikely to return to the agenda until there are changes in the strategic environment. So for a long time.

To clarify, in your reading, de facto nothing changes with the current situation?

Things can change. Right now, as I understand it, the US is offering Russians some talks on arms control and exercises. They hope this will help to handle the Ukrainian issue so that it satisfies Moscow. You can avoid institutional questions by discussing military posture, that is possible. However, we are not sure if that is enough for President Putin, because his diplomats have made it very clear that Russia wants formal and binding guarantees. So there always remains an option that when Moscow is not satisfied with what they can get via diplomatic means, they will try military means. I, for one, don’t think that Moscow will launch an all out land war against Ukraine, despite the troops being seemingly assembled for exactly that. I just don’t see it. I mean, that would be hugely unpopular among Russian society. And so unpopular that I think even Putin’s would have to fear the consequences. But I don’t exclude at all a more limited military action. And not necessarily even now, that option will be in Moscow’s back pocket also ever after. They can demobilise the troops if it seems that visible mobilisation has fulfilled its task of kickstarting diplomatic talks, but the option for something quick, fast and ugly, be it airstrike, be it [something else], that will still remain.

You’ve mentioned that you don’t see any movement on the institutional questions such as membership until there is change strategic environment. What kind of changes are thinking of here?

That is sort of futuristic talk. I don’t see the landscape changing into anything more benign. In a benign environment, where Russia and the West are like minded, it would lose importance who is a NATO member and who is not. But we are moving away from such environment. We never had it properly, Moscow was always uneasy with enlargement, but at the turn of the century you could still claim that ‘if NATO is not your enemy, why do your mind if the Baltic states join’, and that argument worked. But now, you cannot really because if NATO thinks that Russia threatens NATO, and it automatically vice versa, as well. Defence planners, they don’t look at intent, they look at capabilities. I don’t think the environment can get so benign that membership would become possible. And I’m not a great believer in the scenario of Georgia and Ukraine being integrated hastily amidst a crisis. I don’t think the West would embark on that either.

A much softer version of this integration outside of NATO is the defence and technical assistance of the European Union. The latest draft of the EU’s strategic compass seems to put forward a much stronger support for Eastern partners. Do you think this is enough to bother Russia the same way institutional questions on NATO membership do? Or this is all soft assistance enough for Moscow not to take notice?

I don’t think it’s decisive. I think what Moscow is after is formal guarantees that Ukraine not become a NATO member. Russia is always so much more powerful that these things would not be decisive. Although it depends, of course. There is some equipment that is more sensitive than other equipment. And arming Ukraine, that’s happening also by the United States. It is a tricky question in the sense that of course, if you expect Ukraine to be a victim of an attack you want to offer your support and arm them. And that is good, right and fine as long as Russia also sees it as that. When Russia starts seeing arming Ukraine as a means to an end that has to do with Russia, arming Ukraine so that they can be hostile to Russia, then that could inspire Russia to lash back somewhere else. I hope that the rationale behind our support to Ukraine is also correctly understood in Moscow.

My last question is more specific to Georgia. Where does Georgia fit into all of this? Does the current situation affect Georgia at all? And if not, do you think that the status quo there with Abkhazia and South Ossetia is going to move?

Of course, if there is talk about formal agreements then that would apply to Georgia as well. But, Georgia is a lot less sensitive for Moscow, I think. Ukraine is the real burning issue and Belarus would be if NATO membership for Belarus would ever be in the agenda, which it is not. I think Georgia is one step further from Moscow and also historical links are not the same. It’s a different degree of sensitivity. I don’t think that should Russia launch military action that would inevitably spill over into Georgian territory. Although, of course, if Russia goes to war with Ukraine, that would inevitably escalate at least tensions in many corners of the world. Because then Eastern NATO members start demanding fortifications, and then Russians look at these and start planning their own military preparedness and so forth. It will result in some escalation but not necessarily utterly dramatic on the Georgian territory. The biggest danger to Georgia right now is their own messy domestic politics.