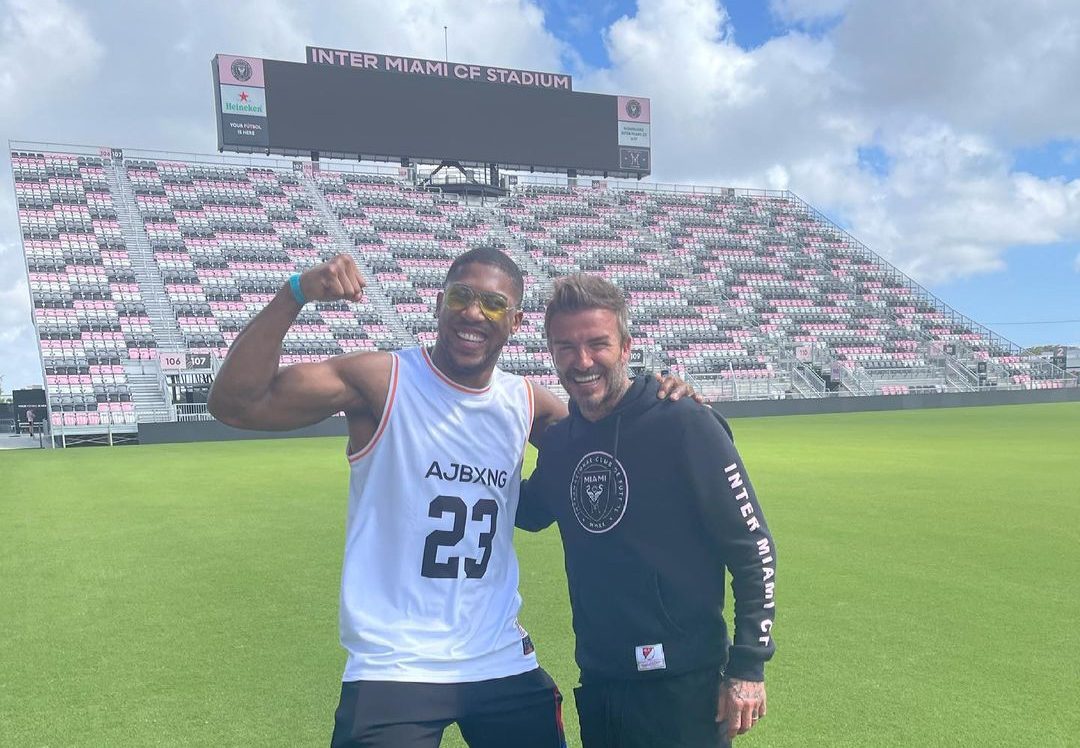 Anthony Joshua posted a throwback picture on Instagram as he reminisces about a link up with Manchester United legend David Beckham.

The pair are firm friends having met up on a number of occasions down the years.

They have taken in tennis at Wimbledon, among several other appearances together, and Joshua clearly loves his time hob-nobbing with Golden Balls.

And they even star in a FIFA 22 scene together, alongside Lewis Hamilton.

Throwing back to his visit to the DRV PNK Stadium in March, Joshua captioned the picture: “No drink up at this link up #VibesCantDone”

Joshua may have been feeling a touch jealous because he’s not the only boxer that’s been welcomed by Beckham, his heavyweight rival Tyson Fury also took in an Inter Miami match earlier this year.

Since March, though, things haven’t gone to plan for Joshua or Beckham.

The boxer lost his heavyweight titles to Ukraine’s Oleksandr Uysk, while the Manchester United legend’s Inter Miami side have struggled for MLS form.

Joshua has been back in the United States recently, though as he hunts for a new coach.

He’s met with Virgil Hunter, Ronnie Shields, Eddy Reynos, and Robert Garcia as he attempts to rekindle his best form.

The British boxer’s sole focus is now on a rematch with Uysk to reclaim his belts – scheduled to take place in spring 2022.

Herons head coach Phil Neville has released 10 players as they look to rebuild the team having failed to reach the play-offs.

With Joshua’s search in the US continuing, he might well be paying Beckham another visit soon.