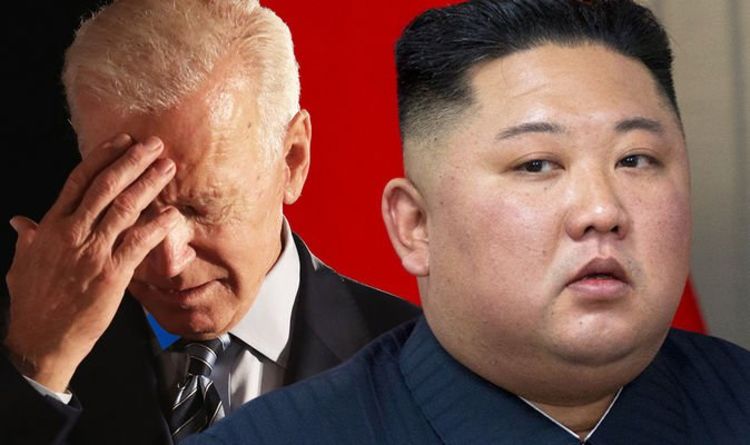 As tensions brew between the US against Russia and China, North Korea has been advancing its own military capabilities in the past year. In late September, Pyongyang claimed it had successfully tested a new hypersonic missile called Hwasong-8, despite the strict sanctions imposed on it.

North Korean state news outlet KCNA said: “The development of this weapons system…[has increased] the nation’s capabilities for self-defence in every way.”

Speaking to Express.co.uk, Gordon Chang, an expert on Asian affairs, said he believed that Russia and China may have played a role.

He said: “Russia and China have been helping the North Koreans.

“The North Koreans, while in a period of quiet, have been developing better nuclear weapons, better missiles.

“They’ve been making progress, but the one thing that’s maybe the most important about North Koreans right now is that they’re about to go through another famine.

Professor Hazel Smith, of the School of Orientalist and African Studies University of London, previously confirmed this, describing scenes of large scale starvation and forced labour.

She said: “Rather than trying to negotiate with outsiders to try to improve the life of North Koreans, the government is trying to politically repress young people, and force them into trying to do extra work to make up for the imports which it no longer has.”

“We should be mindful that these guys are continuing to violate UN sanctions.

“The Chinese and the Russians have been perpetrators, along with the North Koreans, who are violating the sanctions.”

Mr Chang blamed the US for not holding Russia, China and North Korea accountable for their actions.

He said: “This is a question of failure of the US. We talk about this rules-based system and yet we don’t enforce rules.

“This is how democracies play a role in allowing the international systems to deteriorate.”

Mr Chang further criticised the Biden administration, comparing his apparent inaction to the Munich agreement of 1938, which was a failed treaty involving the UK and France that allowed Adolf Hitler and Germany to annex large parts of Czechoslovakia.

He said: “We Americans are British and the French of our era. The British and French could have stopped the Third Reich before World War 2.

“The remilitarisation of the Rhineland, the absorption of Austria, they could’ve not dealt with Hilter in Munich, but they did.

“They convinced the Third Reich that they could invade Poland. We’re doing the same thing with North Korea.”