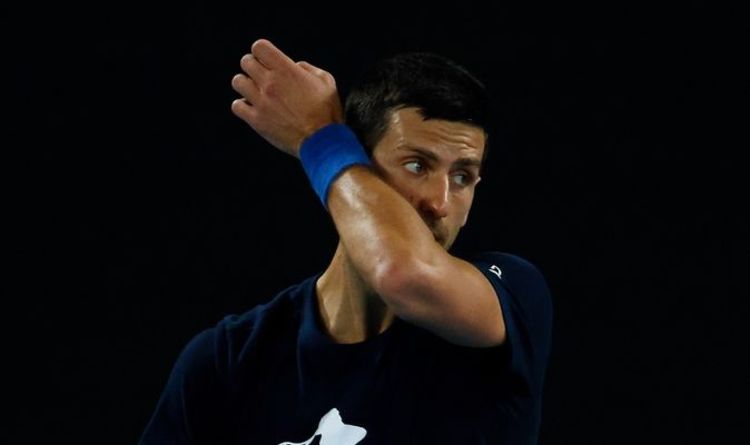 Novak Djokovic faces a potentially brutal schedule if he is allowed to stay in Melbourne and compete in the Australian Open. On Friday it was announced that the under-fire Serb’s visa was to be cancelled for a second time, meaning that he could be set for deportation in the coming days.

However, his lawyers are appealing against the decision, with a final hearing expected on Sunday.

In the meantime, Djokovic will be detained tomorrow and taken to the same immigration hotel he stayed in upon his arrival Down Under.

It is certainly set to be another gruelling weekend for the men’s No.1, but to make matters worse the Australian Open have announced that the top halves of the singles draws will be played on Monday.

This means that if his appeal is successful, Djokovic could be in action on the court less than 24 hours after he is released from custody – hardly ideal preparation for a player of his calibre.

Djokovic is scheduled to take on his compatriot Miomir Kecmanovic, and he may well do so in front of a furious crowd, many of who have turned against the nine-time winner of the tournament.

It has certainly been a rollercoaster week or so for Djokovic, but speaking after his Sydney International semi-final win over Reilly Opelka on Friday, British legend Andy Murray did not appear to have much sympathy for his rival’s plight.

“My feeling is that I would encourage people to get vaccinated, but yeah, I do feel like people should be able to make their own decision,” he said.

“Pretty much all of the top 100 tennis players — I don’t know what it is on the women’s side, but I think they’ve got like 98% or something of the top 100 mens players have been vaccinated, which is positive.

“Ultimately people have to make their own choices. But there are also consequences sometimes for those decisions, as well.”

Australian cricket icon Shane Warne also made his views clear via Twitter as he claimed the country had every right to chuck Djokovic out if they see fit.

“Novak is a great tennis player & one of the all time greats. No doubt,” he wrote.

“But he’s lied on entry forms, been out in public when he knew he had covid & is now facing legal cases.