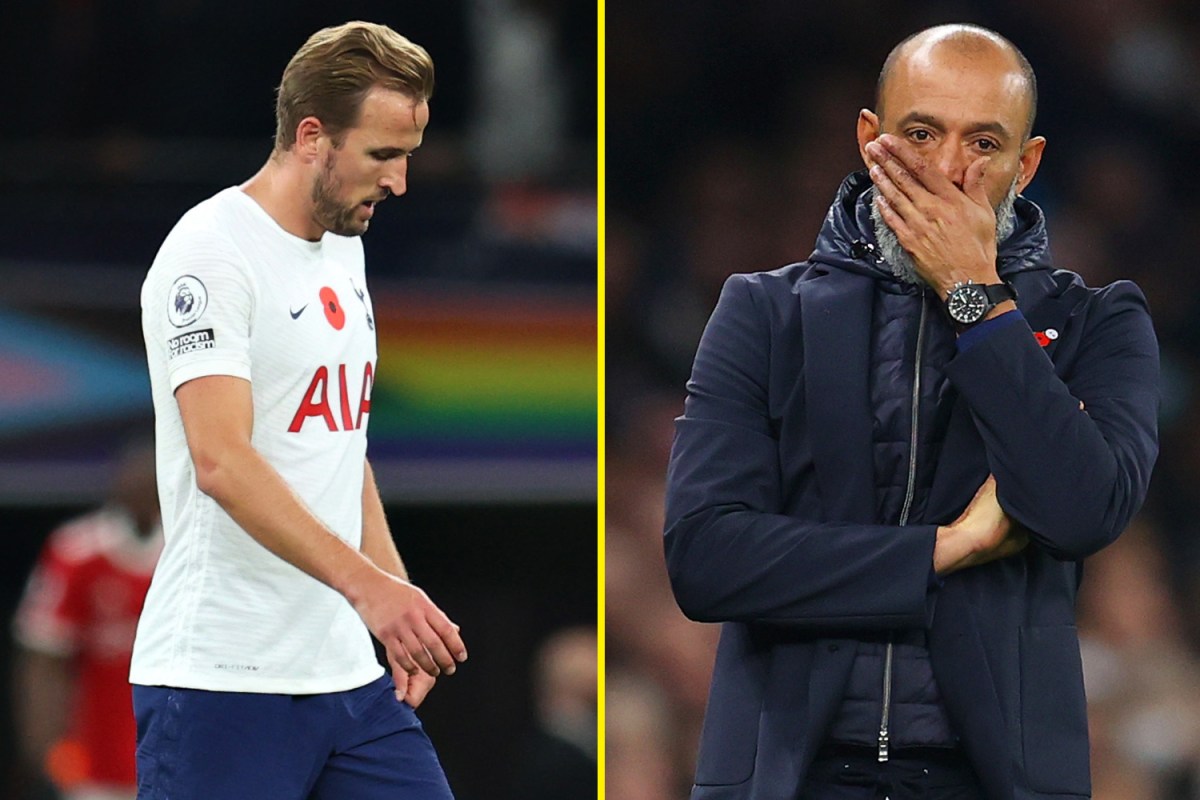 Nuno Espirito Santo insists Tottenham’s problems are not down to misfiring striker Harry Kane but his team whole team collectively after Spurs were dismantled by Manchester United on Saturday evening.

A brilliant goal by Cristiano Ronaldo and second-half strikes from Edinson Cavani and Marcus Rashford saw United coast to the points in north London and pile more pressure on the Portuguese boss.

In both dugouts there were managers facing the pressure, with Ole Gunnar Solskjaer battling for his job after last weekend’s 5-0 humiliation by Liverpool

But as has been the case so often during his reign at United, his team delivered a result when he needed it the most, while Nuno’s side crumbled.

And speaking to talkSPORT’s Sam Matterface after the clash, Nuno said he understood the frustration of fans who booed his side off and asked for supporters to stick with the team.

“We had a bad one. We didn’t perform good today.” he said.

“It was a bad performance. We had the ball but not shots on target and we were not accurate with the final pass.

“We were vulnerable, allowed counter attacks and did many things wrong.”

Kane was booed by some Spurs fans during the match for his ineffective display, where he often sloppily gave away possession, but Nuno insists the problems are collective, not down to his striker.

“Since the beginning we’ve been enduring these situations,” he added of his side’s lack of firepower.

“We start competitions nice but with not too many shots, it’s something we have to improve.

“It’s not about one player. It’s a problem for all of us but we have to find solutions, it’s what we are here for.”

Former Premier League striker Dean Ashton, who scored 17 goals in 44 Premier League appearances for Norwich from 2005-06, is convinced that the England captain doesn’t want to be at the club and doesn’t look happy under Nuno.

“How often have you heard that, Harry Kane being booed?” he added.

“Too many times I looked at Kane and I looked at Heung-min Son and they didn’t look happy.

“They didn’t look like there was anything there for them. There was no idea, there wasn’t a plan on how they were going to get back into the game. That’s down to the manager.”