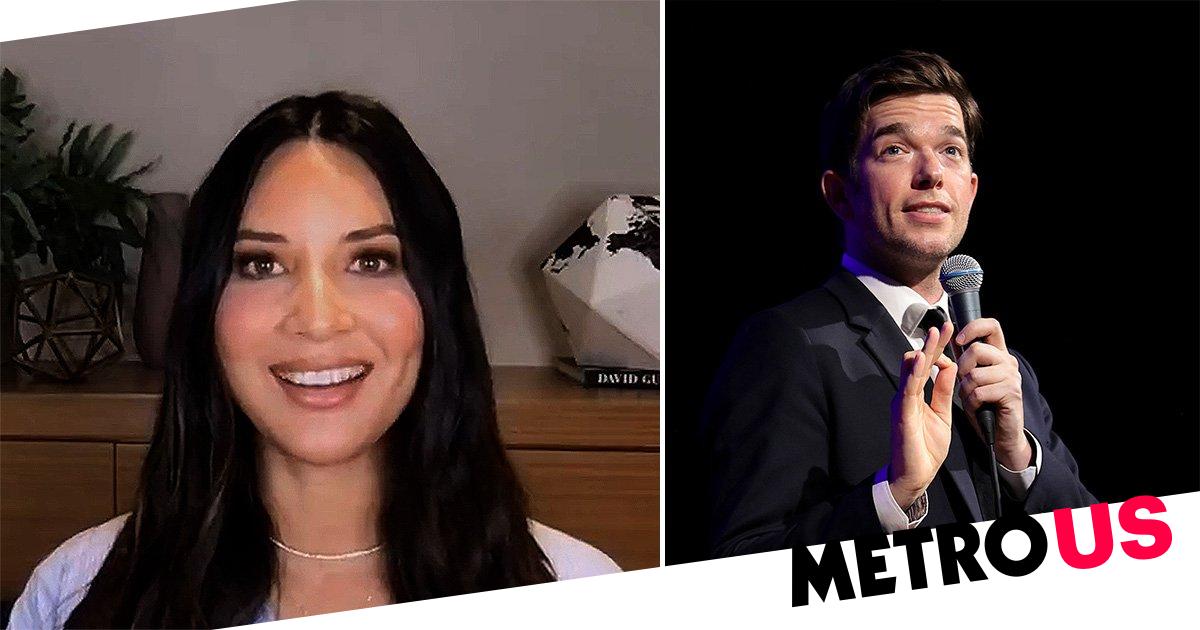 Pregnant Olivia Munn has spoken out about the ‘false narrative’ surrounding her whirlwind romance with comedian John Mulaney.

The Predator star, 41, is preparing to welcome her first child with her 39-year-old boyfriend after they began dating earlier this year.

However, the announcement in September came as surprise to some fans due to the fact John had only revealed his split from his wife Anna Marie Tendler four months earlier.

Speaking to the Los Angeles Times about some of the varying reactions from the public, the Newsroom alum stated: ‘It’s definitely not foreign for me to have people speculate incorrectly about things and to have rumors run rampant in one way.

The actress did not speak specifically about any rumors because she doesn’t want to ‘feed into a narrative that’s just not true.’

She continued: ‘If I try to say anything, I run the risk of being called messy or not telling the truth. The only way to win, for me, is to pull back and to not play the game at all.’

The Ride Along 2 star did not some of the impact rumors did have on her as she stated: ‘It’s hard to be pregnant for the first time and have anybody say anything besides, like, “Congratulations”.’

During an appearance on Late Night with Seth Meyers in September, John explained that he began dating Olivia – who he first met at Seth Meyer’s wedding in 2013 – soon after he got clean, having relapsed for the second time after hosting Saturday Night Live on Halloween last year.

Rumors emerged that John met Olivia ‘at church in Los Angeles’, but that they had known each other for years.

Indeed, in 2015, Olivia heaped praise on the comedian while recalling the time she met John and his then-fiancee Anna Marie at a wedding.

New reports claim there is uncertainty about the pair relationship as a source told US Weekly: ‘This has been an imperfect relationship from the start.

‘Even though Olivia’s going to be a wonderful mother and has great support behind her, Olivia’s friends just don’t see these two being a couple in a year’s time.

‘Olivia and John still have to decide what kind of future they’re going to have together, if any. It’s a time of uncertainty, for both of them.’

MORE: Olivia Munn was scared of losing baby after news of pregnancy leaked