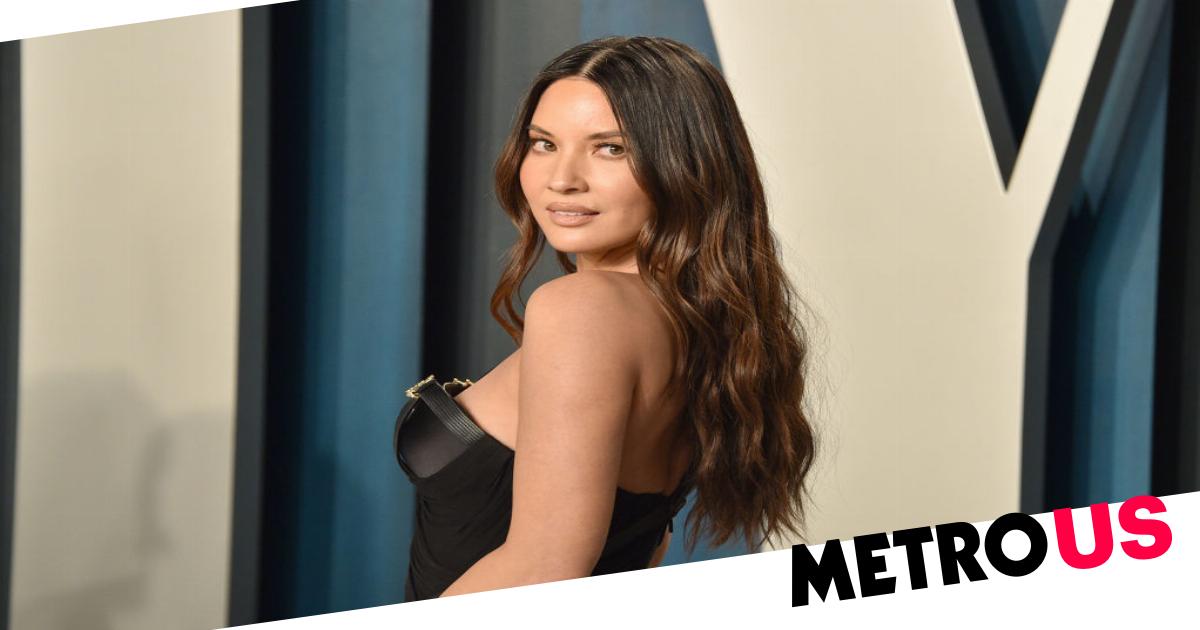 Olivia Munn said having news of her pregnancy leaked before she announced it made expecting ‘more difficult’.

The Predator star, 41, is preparing to welcome her first child with comedian boyfriend John Mulaney, 39.

He confirmed the news in a TV interview in September, though rumours surfaced online beforehand after Olivia was pictured with a bump.

The Newsroom star, who was first romantically linked to John earlier this year, said she was nervous to speak about the pregnancy at an early stage.

Speaking on SiriusXM’s The Jess Cagle Show, she said: ‘I think what was harder was when you have people talking about it and leaking it out there before I’m ready to talk about it.

‘Since I’ve been pregnant, I’ve had four different girlfriends lose their pregnancies all after the safe zone, (one at) three months, two at four months and one at five, six months.’

Olivia, whose other film roles include Magic Mike and X-Men: Apocalypse, added: ‘I also have an auto immune disorder and I’m 41.

‘There are a lot of elements that come into play when you’re pregnant. There’s a lot of fear. You want to do everything you can to protect your baby.’

Olivia said she accepts there will be interest in celebrity pregnancies but being on the receiving end brought stress.

She said: ‘When it’s happening to you, and you feel like you have no control over when you announce, or “What if something bad happens? What if I lose the baby?” Then it’s already been out there that I have it before I was ready to tell that information. Now I have to live with this, the stress of that just compounded everything.

‘That was what was more difficult for me.’

John and Olivia were first linked in May, after his split from wife Annamarie Tendler was announced.

The comedian confirmed on Late Night with Seth Meyers back in September that not only was he dating Olivia, but they were expecting a baby together.

He said: ‘I went to rehab in September, I got out in October, I moved out of my home from my ex-wife… Then in the spring I went to Los Angeles and met and started to date a wonderful woman named Olivia.

‘I got into this relationship that’s been really beautiful with someone incredible who has dealt with the non-coked up Bambi version of me, and that’s been very incredible, and she’s kind of held by hand through that hell. And we’re having a baby together.’

John added: ‘Olivia and this baby have helped save me from myself in this early journey out of recovery.’

For emotional support, you can contact Miscarriage Association’s pregnancy loss helpline on 01924 200799 or email info@miscarriageassociation.org.uk.


MORE : RuPaul’s Drag Race UK: Fans praise queens for ‘important’ conversation on consent as they open up on being ‘touched’ and ‘groped’