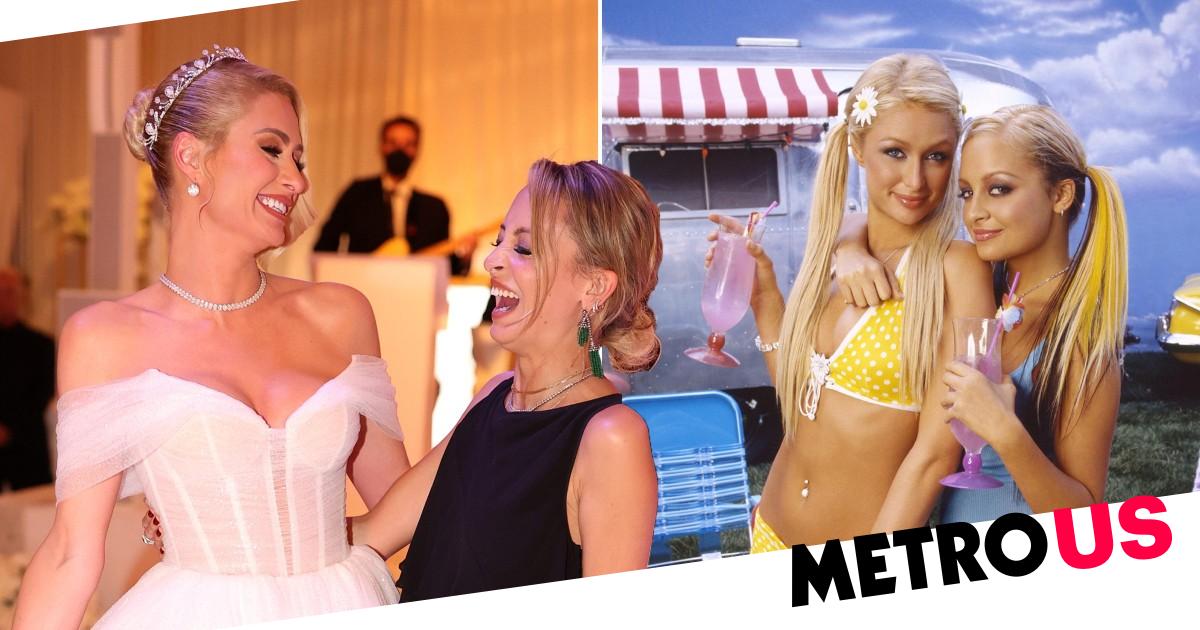 Paris Hilton tied the knot with Carter Reum in a star-studded ceremony at the Bel-Air estate of her late grandfather on Thursday.

It may have been a hectic day – with four wedding dresses and constant filming of the weekend-long event for docuseries Paris In Love – but there was even time for a Simple Life reunion with Nicole Richie.

Paris, 40, reunited with longtime pal Nicole at her wedding to the venture capitalist, almost 20 years after they made their TV debut together.

Proving their friendship is still going strong, the two posed for photos together on the dance floor, laughing and smiling.

Paris and Nicole famously fell out in 2005, a feud which played out on their show.

However, that seems to be behind them as the childhood friends have mended their relationship.

The Simple Life was a reality series that aired on Fox from 2003 until 2007, ending on E! after five seasons.

The show followed the pair as they experienced minimum wage labour and lived a farm life for the first time, originally bunking with the Leding family in Altus, Arkansas.

While fans have hope of a reboot, Nicole has said the show would need an ‘on-site therapist’ if it was ever revived as they had ‘no idea what they were getting themselves into’.

Entrepreneur Paris also had Kim Petras cover her own hit Stars Are Blind and Demi Lovato perform a rendition of I Will Always Love You at the bash, after walking down the aisle to Elvis Presley’s Can’t Help Falling in Love.

The star began dating Carter, also 40, in November 2019, and he proposed in February during a romantic getaway.

In true Paris fashion, every moment of their nuptials has been documented and fans can catch all the gossip in her 13-part series on Peacock, with new episodes airing every Thursday.