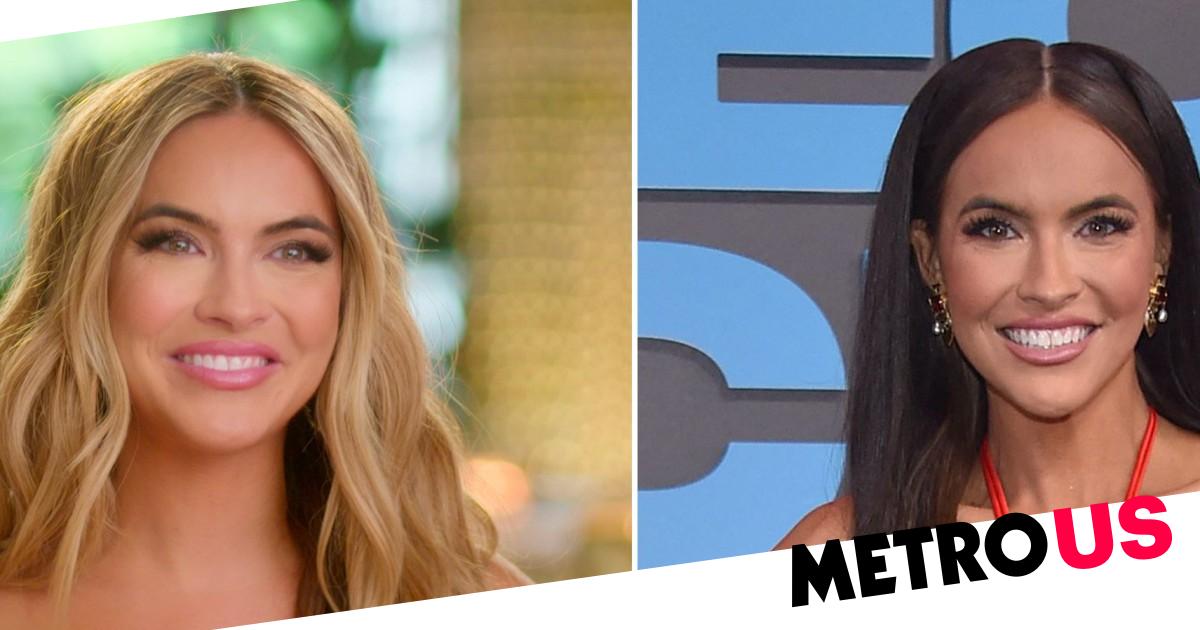 The Netflix favorite was among the stars hitting up the bash, held at Barker Hangar in California, for the annual ceremony – hosted by Kenan Thompson.

Chrishell rocked a floor length red dress with cut-outs showing off her abs, and a thigh-high slit, with matching strappy heels.

She replaced her trademark blonde hair for a new brunette hairdo, and we’re living for the whole look.

It may have been an awkward arrival at the bash as co-star Christine Quinn hit up the carpet shortly before her appearance.

Of course she channeled her inner Marilyn Monroe at the event, in a black slip-dress and blonde curls.

She was unsurprisingly dripping in diamonds, finishing the iconic look off with matching heels and a clutch bag.

Chatting to E!’s red carpet presenter Laverne Cox before making her way in, Christine couldn’t resist making a savage dig at her Selling Sunset castmates as they joked about how much she carried the latest season.

We wonder how her colleagues will feel about that one…

Mary Fitzgerald and her husband Romain Bonnet had a typically loved-up moment as they arrived in LA, cuddling up for photographers.

The luxe estate agent wore a strapless electric blue outfit, with a white bag that happened to match her beau’s patterned white suit.

Dwayne Johnson was thrilled to hit the red carpet and made sure to take selfies with delighted fans.

He was all smiles in his own take of a festive look, choosing a satin shirt and burgundy trousers and matching shoes.

Adding a leather jacket, the Rock proved he is truly the only human being on earth who can pull that off.

Halle Berry, who joins Dwayne in being honored on the night, got the festive memo in a sequinned jumpsuit of dreams that we need ahead of Christmas party season.

Paris Jackson also put on a show, proudly revealing her wide collection of tattoos in a strapless brown Vivian Westwood dress with a thigh-high slit.

Fresh from her Dancing With The Stars stint, JoJo Siwa donned a floating baby pink, sheer, layered gown for the evening, with sparkly heels.

Laverne Cox kicked things off in epic fashion, in a purple feathered corset dress with a matching lilac hairdo.

As well as this, Halle has been named the People’s icon, while Dwayne is the People’s champion, and Christina Aguilera is the music icon.

The latter will also be hitting the stage for a special performance, with Blake Shelton and HER also slated to sing.