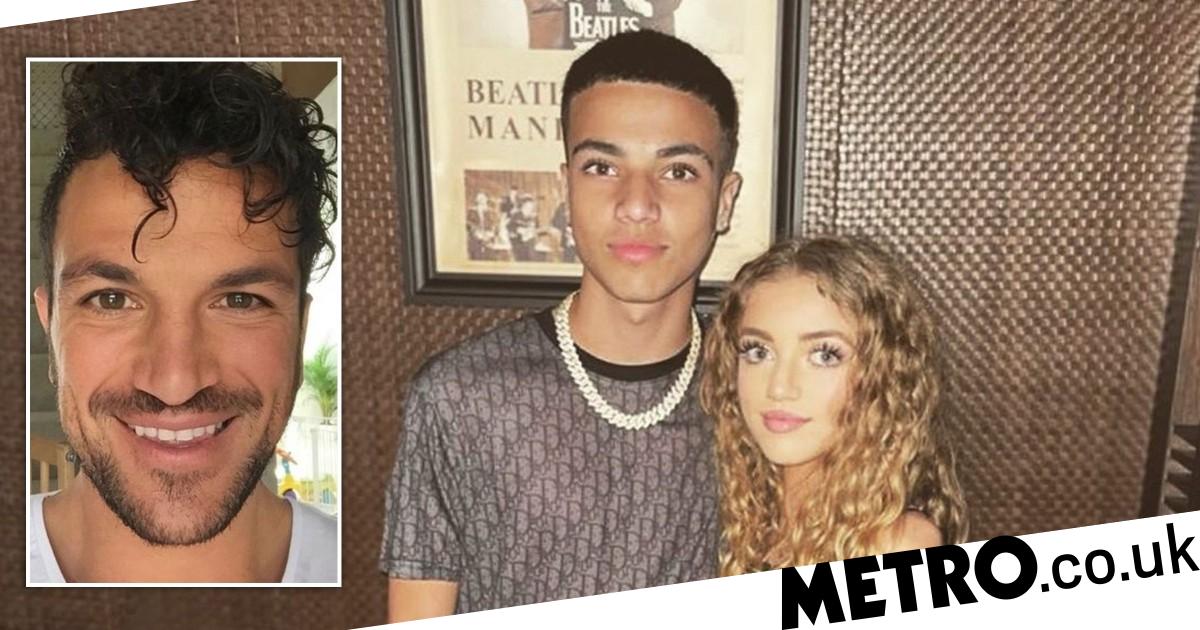 Peter Andre has given fans a glimpse of his natural curls as he celebrated the new year with his family in Dubai.

The singer, 48, is currently on holiday after jetting out after Christmas with his eldest children Junior, 16, and Princess, 14.

He took to his Instagram story to share a selfie with his hair cascading down his forehead in his natural ringlets as he asked his followers to vote ‘yes’ or ‘no’ on the look.

Smiling broadly in the snap, Pete added: ‘The curls are out in force.’

The family appear to be having a great time on the trip, with Princess sharing a photo of her and her big brother ringing in 2022 together.

Junior could be seen putting a protective arm around Princess as he posed in a Dior T-shirt, large chain and watch, while she wore an all-black outfit and her hair in loose curls.

Peter has previously revealed he has been straightening his hair for decades after being teased for his curls as a child.

He explained at the time: ‘Do you know for so many years I would never wear my hair curly because I was picked on as a kid.

‘But I don’t know I am trying to adopt it, maybe if I grow them a bit longer? I know it has to be what I am comfortable with but at the moment I am not confident. It’s pretty long.’

He also shared a snap of his curls hanging out of his hoody, joking at the time: ‘#Mysteriouscurl in full force today,’ in reference to his huge ‘90s hit single.

As well as changing his hair when he found fame, Peter revealed that he used to ‘starve himself’ to maintain his signature six pack abs, before developing a better relationship with food once he hit his thirties.