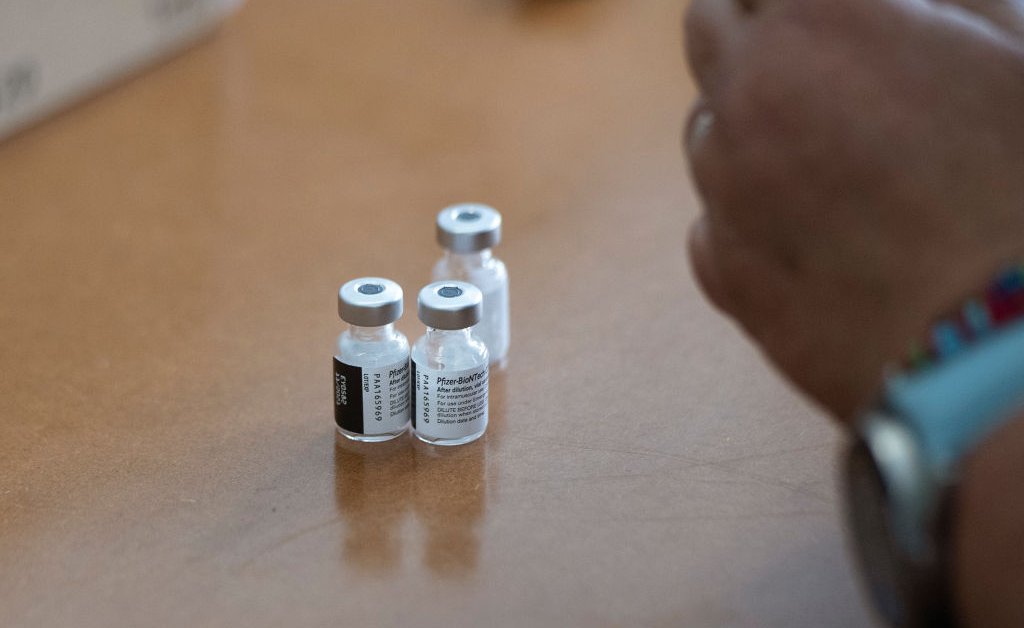 Bloomberg — A two-shot course of Pfizer Inc.’s vaccine has just 22.5% efficacy against symptomatic infection with the omicron variant, but can thwart severe disease, according to laboratory experiments in South Africa.

Researchers at the Africa Health Research Institute in Durban issued additional data on a small study released earlier this week.

The research considered blood plasma samples from 12 participants. Scientists found omicron resulted in about a 41-fold reduction in levels of neutralizing antibodies produced by people who had received two doses of the Pfizer-BioNTech SE shot, compared with the strain detected in China almost two years ago.

This is “essentially compromising the ability of the vaccine to protect against infection,” said the team of scientists led by laboratory head Alex Sigal in a preprint released on Friday.

There continues to be sufficient protection against severe disease, they said.

The team this week was the first to show that the variant, found by scientists in South Africa and Botswana and announced on Nov. 25, could largely, but not totally, escape the antibodies produced by Pfizer’s vaccine. Still, they said a booster shot could increase immunity. That’s been backed up by studies carried out by Pfizer itself.

Preliminary U.K. data released on Friday showed that boosters from AstraZeneca Plc and Pfizer/BioNTech SE improve protection against the omicron variant to as much as 75% in the early days after the shot.