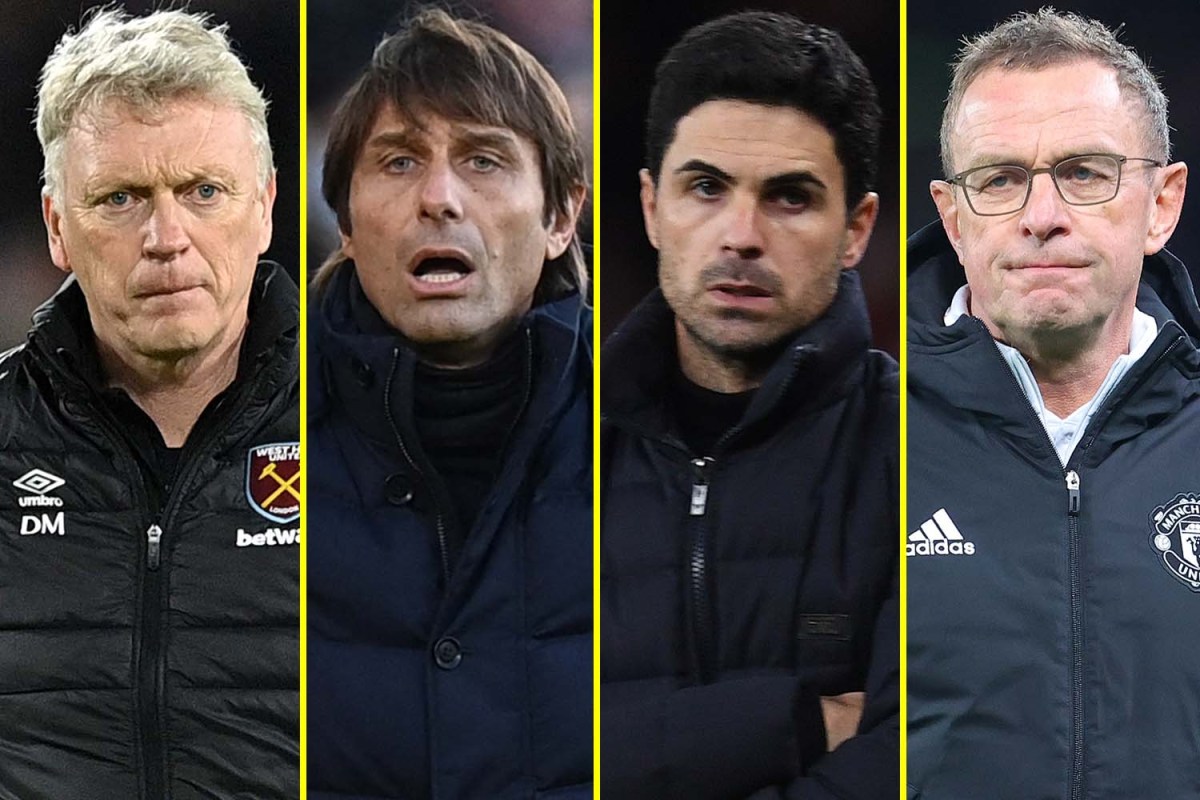 The Premier League top four race has been backed to be ‘the most exciting in years’ with Arsenal, Manchester United, Tottenham and West Ham all battling it out for that final Champions League spot.

Just four points separate the Gunners in fourth and United in seventh – and that gap could close by the end of the weekend.

Mikel Arteta’s side dropped points to Man City on Saturday, but look the best they have for years.

Spurs and the Hammers both won hard fought games to pile on even more pressure.

Former Aston Villa striker Gabby Agbonlahor said you can forget the title race, the battle for the final Champions League spot is where the most excitement is.

Agbonlahor told talkSPORT: “Arsenal dropping points, Spurs and West Ham winning. This is going to be the most exciting race we’ve had for top four in years.

“Man City will win the title quite comfortably, but the top four race is what I’m excited to watch this season.”

He added: “I”m so excited for this top four race. West Ham aren’t going anywhere. Arsenal are looking like a proper team now, Spurs are as well.

“Manchester United can’t play any worse, so they are going to be fighting for that top four place as well.”

West Ham held on to beat Crystal Palace 3-2 at Selhurst Park on Saturday and have impressed under David Moyes over the last 18 months.

Agbonlahor wants to see them get into the Champions League to shake things up a bit.

He said: “I love everything about West Ham. Wouldn’t it be nice to see a different team getting fourth and into that Champions League football.

“Everything about the club I love and the way they play. When everyone is fit, you can name their starting XI every week.”

But, he sees Tottenham grabbing the Champions League spot and for one reason alone – Antonio Conte.

Agbonlahor added: “I think the reason why Spurs are the favourites is because of the manager. They’ve got the best manager out of the other teams trying to get into the top four – West Ham, Manchester United, Arsenal.

“To win the Scudetto when Juventus had been on top for nine years winning it.

“Him at that club now, he will be the reason they are my favourites for top four.”