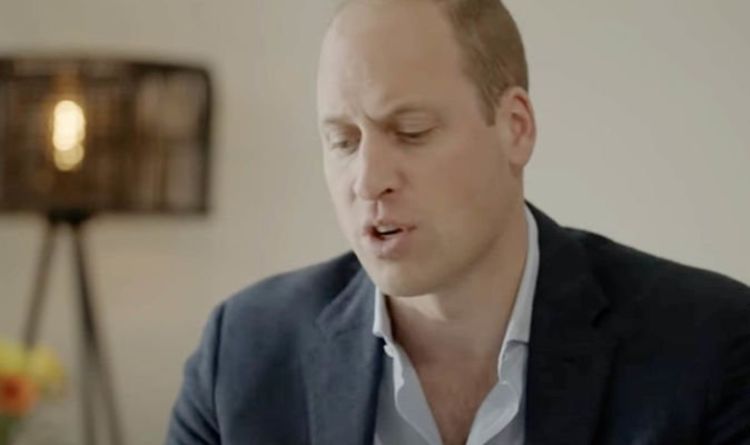 Prince William took part in an extremely raw conversation on how the mental wellbeing of frontline staff can be affected by their demanding work. The Duke of Cambridge shared one episode which took place during his years as an air ambulance pilot at East Anglia Air Ambulance (EAAA).

In a seven-minute-long video shared on Kensington Palace’s official YouTube channel, William said: “When I was in the air ambulance, one job I went to with children.

“And that affected me much more I think that if I haven’t had children, so for me it was the relation of my personal life with the family or the incident I was at.

“I found it very difficult, there were a number of times when I had to take myself away because I was getting too involved in it.

“And then I was going to talk to someone else after the event and it was really important.

“But it continues, it doesn’t leave you there, you just manage it better.”

Prince William became a father for the first time in July 2013, when he welcomed Prince George.

The Duke and Duchess of Cambridge later had one daughter, Princess Charlotte, in 2015 and another boy, Prince Louis, in 2018.

The Duke of Cambridge worked as an air ambulance pilot between 2015 and July 2017 – after which he became a full-time working royal.

In the video, the Duke of Cambridge spoke with Will, a paramedic, and Chloe, an emergency care assistant.

Visited in their home by Prince William, the pair opened up on their experiences of working as emergency responders and the mental health impact that this can have.

Moreover, they discussed coping mechanisms they adopt to get through difficult days and difficult experiences on the job.

They also spoke with William about the need to provide emergency responders with tools and support to be able to cope with the stress and shock caused by their job.