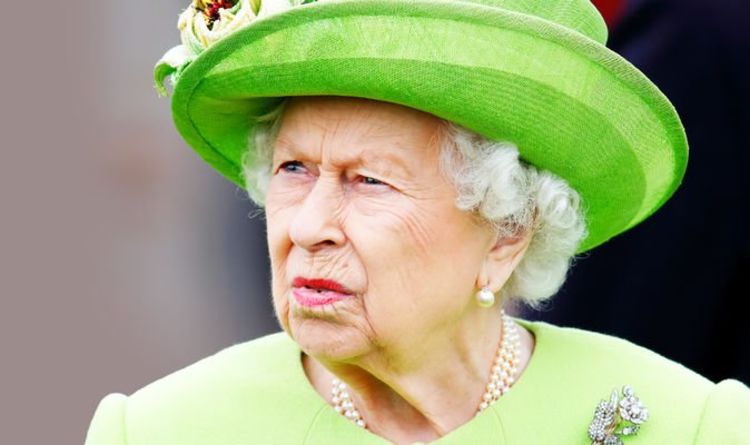 The Queen will miss today’s Remembrance Sunday commemorations after having sprained her back, Buckingham Palace announced just hours before Her Majesty was due to arrive in central London to attend in person the National Service of Remembrance. The palace said in a statement the sovereign took this decision “with great regret”.

Buckingham Palace’s statement read: “The Queen, having sprained her back, has decided this morning with great regret that she will not be able to attend today’s Remembrance Sunday Service at the Cenotaph.

“Her Majesty is disappointed that she will miss the service.

“As in previous years, a wreath will be laid on Her Majesty’s behalf by The Prince of Wales.

Given the back pain caused by this injury, it is understood the Queen would not be able to undertake the car trip from Windsor to London or to stand for a long period of time.

A source at the palace said the Queen is “deeply disappointed” to be missing today’s service, as she regards this appointment at the Cenotaph as one of the most significant engagements of the year.

They added this is an “incredibly unfortunate timing, and nobody regrets her absence today more deeply than her Majesty herself.”

This back injury is understood not to be related to the ailment that has led to doctors advising the 95-year-old to rest and stick to light duties since October 20.

But it increases concerns of royal watchers for the Queen’s health.

Reacting to the palace announcement, journalist Piers Morgan wrote on Twitter: “There’s something we’re not being told about the Queen’s health, it’s clearly a more serious situation than the Palace is saying.”

Replying to his post, Twitter user Phil Jones wrote: “There’s no way HM would miss the service today unless she was really poorly.

“Very sad, she’s given so much to this country, wishing HM a very speedy recovery.”

Another, named Evelyn Dalton, tweeted: “I’m starting to think the same, there’s no way the Queen would miss anything unless it was very serious and her medical advisors insist on resting.”

A third, with the nickname julie1888, wrote: “My exact thoughts… it’s worrying.”

Others, however, disagreed with Mr Morgan, noting the Queen’s advanced age could be slowing down Her Majesty.

“We’d all be slowing down at that age! Even if we make it!”